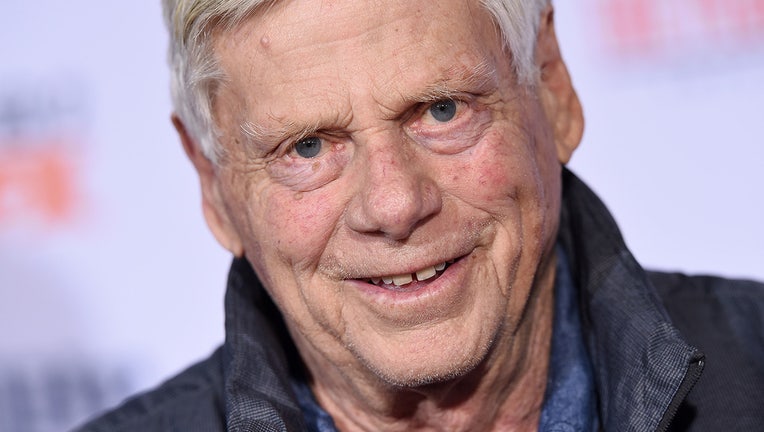 NEW YORK - Actor Robert Morse, who won a Tony Award as a hilariously brash corporate climber in "How to Succeed in Business Without Really Trying" and a second one a generation later as the brilliant, troubled Truman Capote in "Tru," has died. He was 90.

The boyishly handsome Morse first made his name on Broadway in the 1950s, and landed some roles in Hollywood comedies in the 1960s. "I consider myself an actor — shyly," he told the Los Angeles Times in 1964. "I love acting. It’s a great use of body and mind... With all humility, you hope that you are doing something worthwhile."

More recently, he played the autocratic and eccentric leader of an advertising agency in "Mad Men," AMC’s hit drama that debuted in 2007. The role earned him an Emmy nomination in 2008 as best guest actor in a drama series.

"He radiated a wicked joy; it was impossible to watch him without instantly sharing his giddy delight," wrote playwright Paul Rudnick.

Morse was already well-established on Broadway, with two Tony nominations to his credit, when he became nationally famous at age 30 as the star of Abe Burrows and Frank Loesser’s smash 1961 Broadway satire of corporate life, "How to Succeed...". The show won both the Pulitzer Prize and the Tony for best musical and ran for more than three years.

Morse’s bright-eyed J. Pierrepont Finch was a master of corporate backstabbing — with a toothy grin — as he went from Manhattan window washer to titan at the World Wide Wicket company with the help of a little "how-to" paperback on office politics.

The musical’s song titles suggest the button-down, pre-feminist business world: "The Company Way," a theme song for yes-men; "A Secretary Is Not a Toy," a song that winks at office dalliance; "Coffee Break," a tribute to caffeine; and the hymn Finch sings to himself: "I Believe in You." Finch toadies up to the aging boss, played by 1920s crooner Rudy Vallee, by joining in the old man’s college fight song, "Grand Old Ivy."

"Imagine a collaboration between Horatio Alger and Machiavelli and you have Finch, the intrepid hero of this sortie into the canyons of commerce," The New York Times wrote. "As played with unfaltering bravura and wit by Robert Morse, he is a rumpled, dimpled angel with a streak of Lucifer."

The 1967 film version of "How To Succeed" dropped some songs but otherwise kept close to the stage original. Morse was back, as was Vallee.

But Morse’s film career largely failed to take off.

He was back on Broadway in 1972 — and picked up another Tony nomination — for "Sugar," producer David Merrick’s musical version of "Some Like It Hot." Morse starred as Jerry, the part played by Jack Lemmon in the Billy Wilder comedy about two male musicians who disguise themselves as women to get away from murderous gangsters.

"Tru," a one-man show based on Capote’s writings, revived Morse’s stage career in 1989.

"His Capote is wickedly funny, a sly imp ready to deliver an off-color joke about the Queen Mum, zing Robert Goulet or rhapsodize about the time he tap-danced for Louis Armstrong. ...," Associated Press drama critic Michael Kuchwara wrote in his review. "But there’s a desperate side of Capote, too, and Morse rises to the pain."

In 1993, the televised version of "Tru" (PBS) won Morse an Emmy for best actor in a miniseries or special. (Meanwhile, a 1995 Broadway revival of "How to Succeed..." brought another Tony for its Finch, Matthew Broderick.)

Television’s "Mad Men" returned Morse to the "How to Succeed" milieu of Manhattan office politics, 1960s-style.

When Morse landed in Hollywood after his "How to Succeed" triumph, columnist Hedda Hopper predicted in 1963: "If Robert Morse comes over on screen as he does on stage, he’ll have teenagers screaming and mothers wanting to adopt him. He has an innate sense of comedy and a funny face to go with it."

Among his films was "The Loved One," a 1965 black comedy about an Englishman’s encounter with Hollywood and the funeral industry, based on the satirical novel by Evelyn Waugh.

"I don’t think in terms of whether a picture will help or hinder my career," Morse told the Los Angeles Times when the film was in production. "I think of who I’m working with." Among his "Loved One" co-stars were Jonathan Winters, John Gielgud and Tab Hunter.

He received back-to-back Tony nominations for his next two roles: in 1959 for best featured actor in a play for "Say, Darling," and in 1960 for best actor in a musical for "Take Me Along," which also starred Jackie Gleason.

"Say, Darling" was a comedy about a young writer’s experience as his novel is turned into a Broadway show. The play was based on the creation of "The Pajama Game," and Morse’s character, a "boy producer" who hated being called that, was modeled on Harold Prince, a "Pajama Game" co-producer.

Reviewing his career, Morse told The New York Times in 1989: "Things change. I never got a chance to be in a play or picture where I played a father, or had a family, or where I could feel or show something. The wild child in me never had a chance to grow up."

He said he had successfully battled alcohol and drug abuse, but added, "I don’t think drinking got in the way of my work. I did my job. It was the other 22 hours I had a problem with."

Still, he said of his career, "I didn’t think it was going to end or not end. I just plowed on. One day you hear `We love you, Bobby.’ The next day you’re doing voiceovers."

He is survived by five children, a son Charlie and four daughter, Robin, Andrea, Hilary and Allyn.

Mark Kennedy is at http://twitter.com/KennedyTwits