The NYPD wants to find two suspects who made off with six handbags from luxury store Christian Louboutin on Horatio Street.

NEW YORK - They didn't grab the shoes but two robbers did manage to make off with pricey handbags from luxury store Christian Louboutin in the Meatpacking District.

A video of the robbery on Oct. 26 at 1:14 p.m. shows the suspects walking into the store on Horatio Street.  One of them threatens a worker with a knife. They then take six bags from display shelves valued at $10,420, according to the NYPD.

One of the suspects took off eastbound on Horatio Street while the other went westbound.

The one who had the knife is described by police as a dark-skinned man and approximately 35-45 years old. He was last seen wearing blue jeans, a blue baseball hat, a black jacket, and black boots.

The second suspect is described as a medium-skinned man and approximately 20-30 years old. He was last seen wearing black pants, a black jacket with a hood, and black sneakers.

Anyone with information in regard to this incident is asked to call the NYPD's Crime Stoppers Hotline at 1-800-577-TIPS (8477). The public can also submit their tips by logging onto the CrimeStoppers website at https://crimestoppers.nypdonline.org/ or on Twitter @NYPDTips. All calls are strictly confidential, say police. 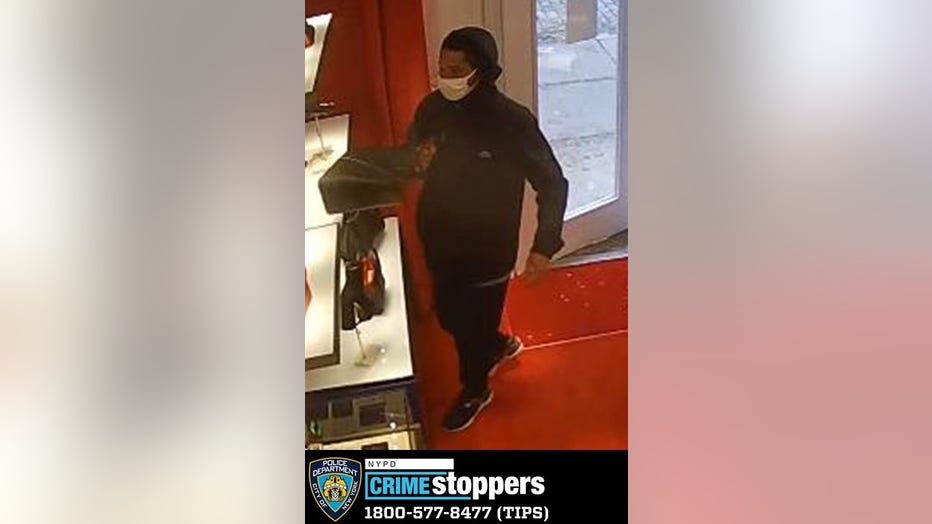 Two suspects walked into the Christian Louboutin store in the Meatpacking District and threatened a worker with a knife before taking six handbags. (NYPD) 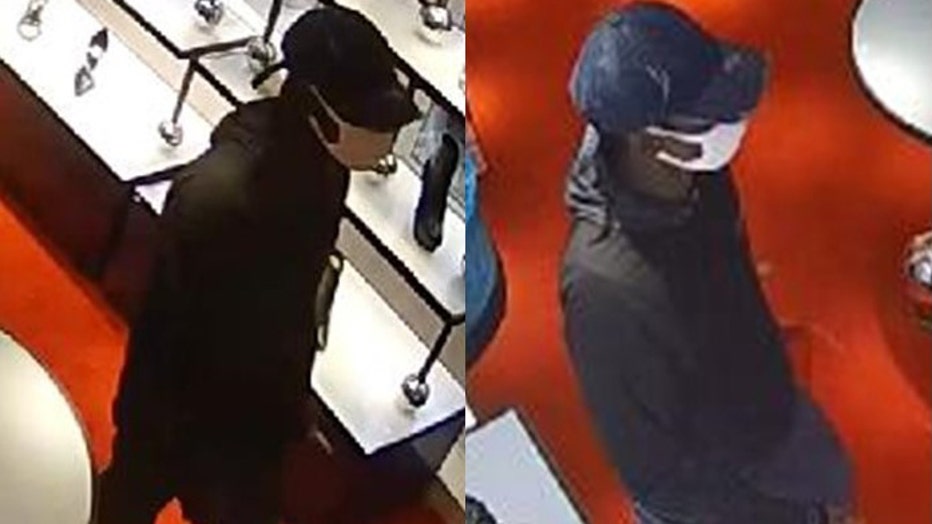 Two robbers made off with six handbags valued at more than $10,000 from the Christian Louboutin store on Horatio Street. (NYPD)