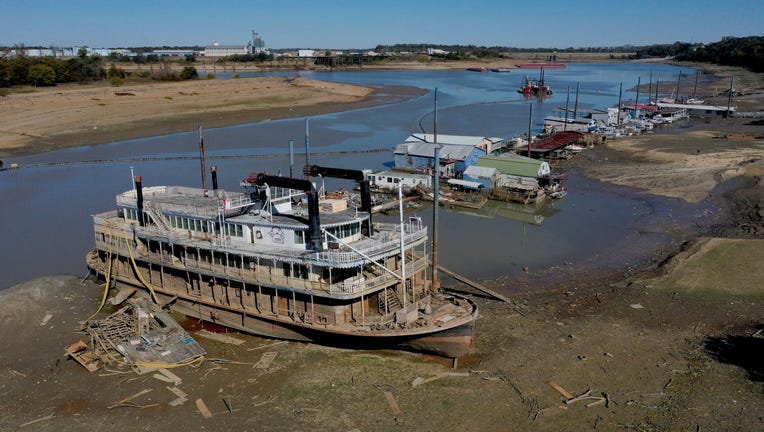 The Diamond Lady, a once majestic riverboat, rests with smaller boats in mud at Riverside Park Marina in Martin Luther King Jr. Riverside Park along the Mississippi River on October 19, 2022 in Memphis, Tennessee. (Photo by Scott Olson/Getty Images)

MEMPHIS, Tenn. - Record-low water levels in the Mississippi River have unearthed a flurry of rare finds. The latest? The nation’s first riverboat casino that sunk during a storm last year.

The Diamond Lady, America’s first riverboat casino, set sail in 1991 and operated for a few years before a bigger riverboat replaced it. Wheel of Fortune’s Vanna White reportedly christened the paddlewheel boat before its maiden voyage took off from Bettendorf, Iowa 31 years ago.

River levels are so low, saltwater from the Gulf of Mexico is moving in, FOX Weather reports.

Drought has driven the Mississippi River to historic low levels, impacting the agricultural exports. The crisis has increased shipping prices, and that cost may fall on consumers and creating problems for barges.

According to the Lower Mississippi River Forecast Center, water levels are at or below the low-water threshold along a nearly 400-mile stretch of the river from near where the Ohio River meets the Mississippi River south to near Vicksburg, Mississippi.

Other finds from a drought-stricken Mississippi River 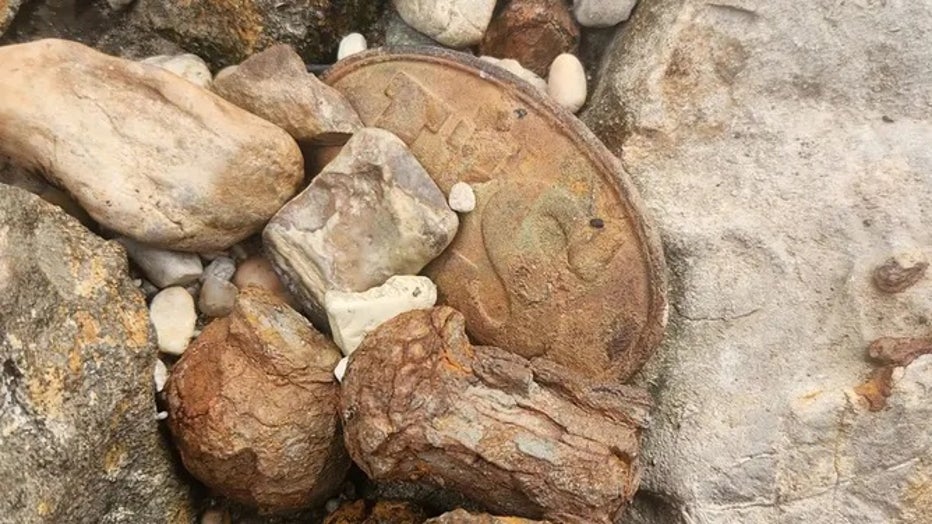 Also in Memphis, history lover and relics collector Riley Bryant made a fascinating discovery along the banks of the drought-stricken Mississippi River.

Bryant said the artifacts — a Civil War-era Union army cartridge box plate and bullets — were just sitting there among the rocks under the I-55 bridge waiting to be picked up.

Just weeks before Bryant made his discovery, a Baton Rouge, Louisiana, resident was walking along the Mississippi River there and found a shipwreck that’s more than 100 years old, FOX Weather reports.

According to Louisiana state archeologist Chris McGimsey, it belongs to a ferryboat called the Brookhill, which started sailing in the late 1880s or early 1890s. It was originally 250 to 300 feet long.