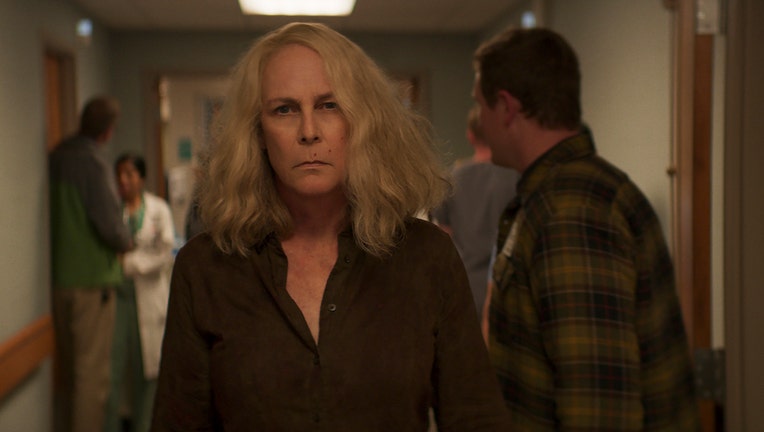 Washington, D.C. - Michael Myers kills people, and he kills them on Halloween. This is about all that "Halloween Kills," the latest in this long-running horror franchise, has to offer in terms of character development and plot. A repetitive, blood-soaked slog, "Halloween Kills" offers a few ingeniously gross moments but otherwise is more mind-numbing than hair-raising.

About ‘Halloween Kills’: Long on gore but short on suspense

2018’s "Halloween" was a surprisingly effective reboot and retcon of the franchise launched 40 years previously with a same-named film also starring Jamie Lee Curtis. The new "Halloween" creative team of David Gordon Green, Jeff Fradley, and Danny McBride reimagined the backstory of the character with the iconic mask and deadly knife and produced a series of absolutely ghastly and grisly images. Michael Myers dropping a handful of pulled-out teeth? Curtis’s Laurie Strode hatching a plan to set her decades-long tormenter on fire? Gnarly stuff!

"Halloween Kills," which reconvenes Green and McBride but replaces co-writer Fradley with Scott Teems, should have been more of the same. But assumptions, well, they don’t always pay off. Green’s lens remains sharply effective in capturing crisply unsettling images: a body impaled through a fence post, a reflection in a window, a bloody monster mask left on a playground roundabout. Gore without suspense isn’t really so affecting, though. 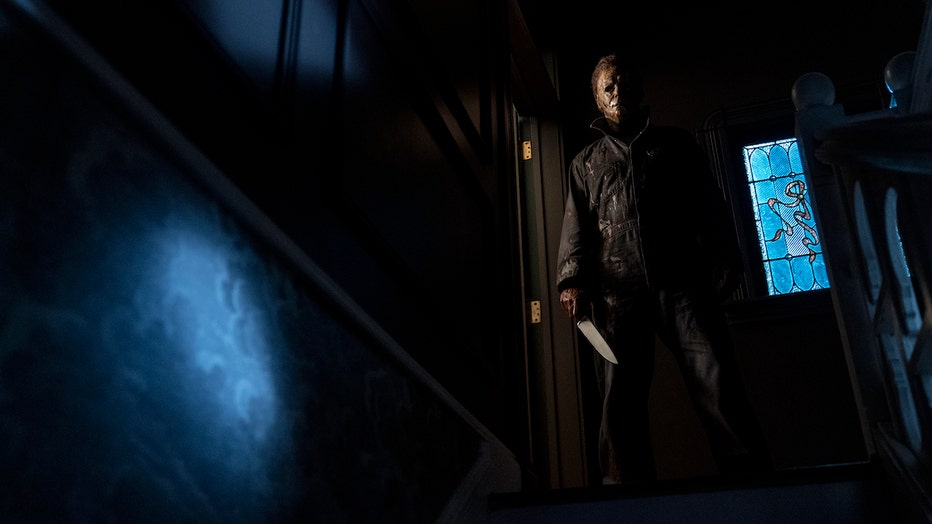 Michael Myers (aka The Shape) in Halloween Kills, directed by David Gordon Green.

Aside from one scene in which Myers methodically works through every knife on a magnetic rack while stabbing a body to bits, there isn’t much that is immediately mythological or nightmarish about this version of the murderer also known as the Shape. And while there are a few funny elements, like the Big John (Scott MacArthur) and Little John (Michael McDonald) couple who butt heads with a group of bratty pranksters, they indicate the film’s atmospheric inconstancies.

RELATED: Terror on Tubi: ‘I Spit on Your Grave’ and its Final Girl legacy

Is "Halloween Kills" a tongue-in-cheek satire? Is it a commentary on the failures of community policing? Is it an attack on nostalgia? Is it a critique of vigilante justice? "Halloween Kills" feints toward all that, but doesn’t really commit to any one thing. The film is easy enough to watch, but after a while, "Halloween Kills" has a pervasive sense of been-there, done-that familiarity. Michael Myers can’t be stopped, and Haddonfield’s police force is totally unprepared—well, what else is new?

Particularly frustrating is the sidelining of Curtis’s Laurie, which perhaps would have been permissible if the franchise were making space for daughter Karen (Judy Greer) or granddaughter Allyson (Andi Matichak). Instead, "Halloween Kills" devotes a significant amount of time and attention to other (mostly male) characters from the 1978 film, in particular Officer Hawkins (played by Will Patton in 2018’s "Halloween," and in the ’70s timeline here by Thomas Mann), Laurie’s former babysitting client Tommy Doyle (Anthony Michael Hall), and almost-victim Lonnie Elam (Robert Longstreet). 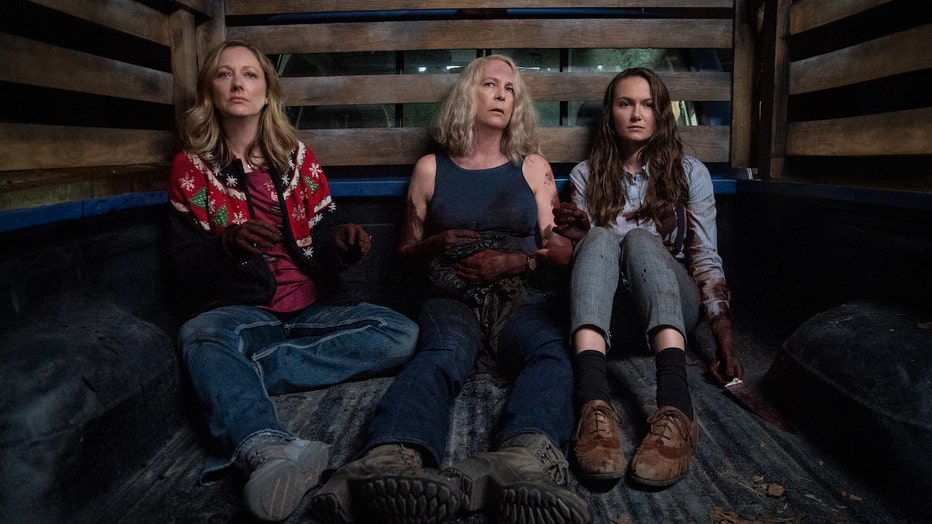 Perhaps all the stuff with Officer Hawkins, Tommy, and Lonnie was meant to be expansive world building that made Haddonfield more real. But it results in a divided film.

In one narrative track, "Halloween Kills" begins immediately after 2018’s "Halloween," with Laurie, Karen, and Allyson speeding to the hospital and away from the house in which they trapped Michael and set him on fire. But when Michael escapes from a locked basement and murders every single of the dozen or so firefighters that arrive on the scene, he’s unleashed upon Haddonfield, and goes from house to house and kill to kill.

Tommy and Lonny, whose lives have been shaped by the fear caused decades ago by Myers, decide to take up arms. "Evil dies tonight!" Tommy yells to persuade his fellow citizens to his side, and Haddonfield becomes a vengeance-obsessed mob uncaring of who they hurt. Meanwhile, in a second narrative track, Officer Hawkins mentally revisits that 1978 night in which he could have killed Michael Myers and stopped all this bloodshed before it began. Did he make the wrong choice then? What motivated the Shape then, and what motivates him now?

RELATED: Terror on Tubi: Dive into the depths of 'The Descent'

There aren’t really answers to those questions, and "Halloween Kills" can’t decide where to put its attention. In moving away from the propulsive energy of the Strode family’s desire for karmic justice and toward a town-wide anti-Michael Myers frenzy, the film never quite convinces us of its tonal shifts. More than anything, "Halloween Kills" feels like a placeholder in the middle of Green’s proposed trilogy, and that treading-water sensibility is difficult to shake off.

About the writer: Roxana Hadadi is a film, television, and pop culture critic. She is a member of the Washington DC Area Film Critics Association, the Alliance of Women Film Journalists, and the Online Film Critics Society, and is a Tomatometer-approved Top Critic on Rotten Tomatoes.

Candyman (1992): August saw the arrival of Nia DaCosta’s "Candyman," a "spiritual sequel" to the 1992 original from director Bernard Rose. Seeing this film isn’t a prerequisite for enjoying its descendant, but the ties between DaCosta’s film and Rose’s are robust. "Candyman" hit number-one at the box office (racking up $22.3 million in North America in its first weekend in theaters), but it will cost exactly zero dollars to see its predecessor, and your experience with both films will be greatly enriched. Rated R. 99 minutes. Dir: Bernard Rose. Featuring: Virginia Madsen, Xander Berkeley, Tony Todd, Kasi Lemmons, Vanessa Williams, Ted Raimi.

The Guest (2014): A creepy Dan Stevens stars in this bloody 2014 thriller, in which a family welcomes "an army vet claiming to have served with their dead son" into their home, only to find they’ve opened the door for an absolute bloodbath. 100 minutes. Sheila Kelley, Maika Monroe, Leland Orser, Lance Reddick, Ethan Embry.