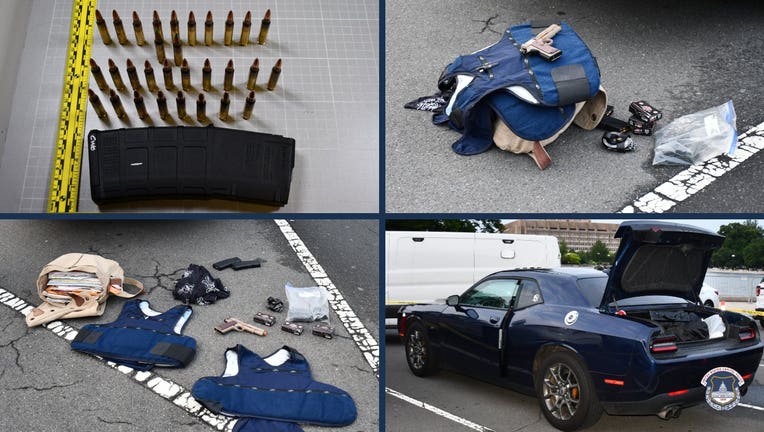 WASHINGTON, D.C. - A retired NYPD officer was arrested outside the U.S. Capitol in Washington, D.C. early Friday after authorities say he was found with a fake badge, a BB gun, body armor, high capacity magazines, and other ammunition.

Authorities say that Jerome Felipe, 53, of Flint, Michigan, had parked his 2017 Dodge Challenger near Peace Circle on the west side of the Capitol just before 5 a.m. when he was encountered by a U.S. Capitol Police patrol officer.

According to U.S. Capitol Police, Felipe presented officers with a fake badge that read "Department of the INTERPOL" on it and falsely claimed he was a criminal investigator with the agency.

Felipe then allowed officers to search his vehicle, where they discovered a BB gun, two ballistic vests, several high-capacity magazines, and other ammunition in the car. No real firearms were found.

Investigators are still trying to determine why he was parked near the U.S. Capitol.

An NYPD spokesperson told the New York Post that Felipe retired from the force in 2018 and directed any further questions to Capitol Police.

"We are fully cooperating with the US Capitol Police investigation," the spokesperson said.