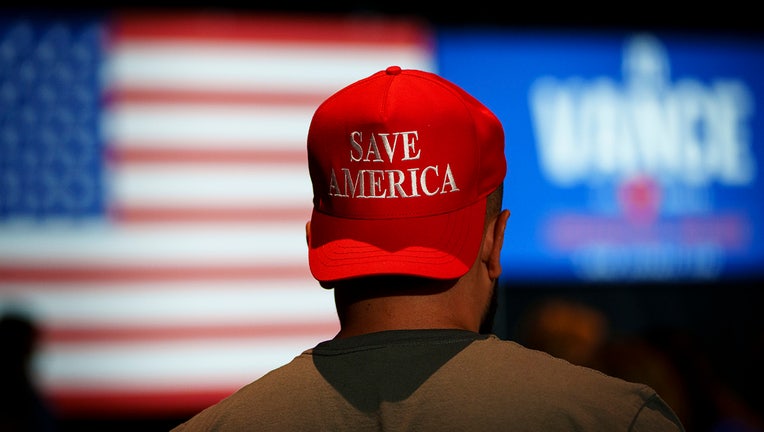 NEW YORK - A half-dozen mainstream Republican Senate candidates are drawing on the "great replacement" conspiracy theory once confined to the far-right fringes of U.S. politics to court voters this campaign season, promoting the baseless notion that there is a plot to diminish the influence of white people in America.

In some cases, the comments have gone largely overlooked given the hard-line immigration rhetoric that has become commonplace among conservatives during the Trump era. But a weekend mass shooting in Buffalo, New York, that may have been inspired by the racist theory is drawing new attention to the GOP’s growing embrace of white nationalist creed.

Three weeks ago in Arizona, Republican Senate candidate Blake Masters accused Democrats of trying to flood the nation with millions of immigrants "to change the demographics of our country." A few days later in Missouri, Senate hopeful Eric Schmitt, the state attorney general, said Democrats were "fundamentally trying to change this country through illegal immigration." And in Ohio, Republican Senate nominee JD Vance accused Democrats of trying to "transform the electorate."

Warning of an immigrant "invasion," Vance told Fox News Channel that Democrats "have decided that they can't win reelection in 2022 unless they bring a large number of new voters to replace the voters that are already here."

RELATED: What is Replacement Theory? Ties to mass violence world-wide

Some of the Republican campaigns denied that their statements amounted to replacement theory, but among the experts, there is little question.

Five experts on hate speech who reviewed the Republican candidates' comments confirmed that they promote the baseless racist theory, even though the Republicans don't mention race directly.

"Comments like these demonstrate two essential features of great replacement conspiracy theory. They predict racial doomsday, saying that it is all part of an orchestrated master plan. It’s only the language that has been softened," said American University professor Brian Hughes, associate director of the Polarization and Extremism Research and Innovation Lab. "The basic story they tell is the same one we see in white supremacist chats across the internet: An enemy is orchestrating doom for white Americans by plotting to fill the country with nonwhites."

Such a message has become a central component of the modern-day conservative movement's appeal to voters. Former President Donald Trump repeatedly warned of an immigrant invasion on the southern border, and he was slow to condemn white supremacy throughout his presidency.

Shortly after taking office, Trump shared a social media post from someone with the username WhiteGenocideTM.

Replacement theory is being investigated as a motivating factor in the Buffalo supermarket shooting, which killed 10 Black people and left three other people injured. 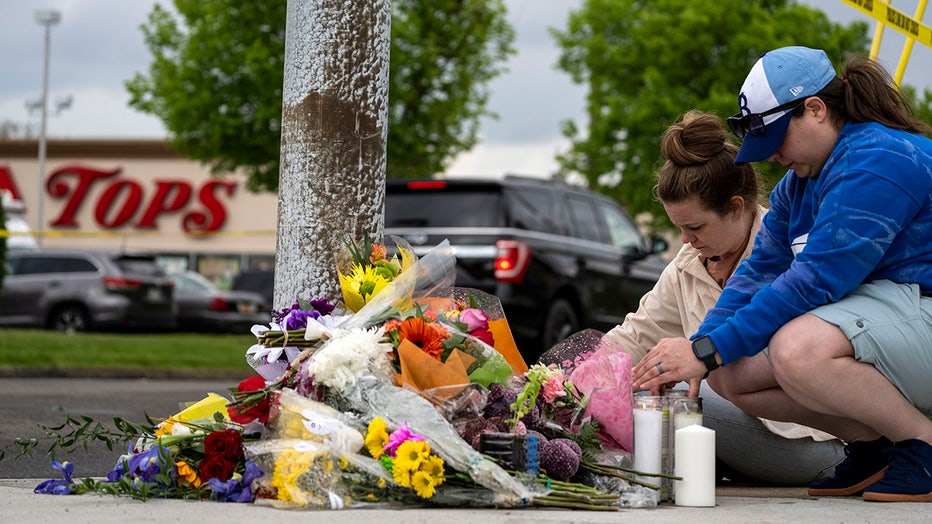 Carlee Taggart of Chicago and Robyn Harpell, of Virginia Beach light candles at a makeshift memorial near the scene of a mass shooting at Tops Friendly Market at Jefferson Avenue and Riley Street on Monday, May 16, 2022 in Buffalo, NY. The fatal shoo

Rep. Liz Cheney, who was ousted from House Republican leadership for her outspoken criticism of Trump, blamed her own party on Monday for enabling "white nationalism, white supremacy and anti-Semitism."

"History has taught us that what begins with words ends in far worse," Cheney tweeted. GOP "leaders must renounce and reject these views and those who hold them."

Republican National Committee Chair Ronna McDaniel, through a spokesperson, declined to answer questions about whether the GOP condones replacement theory. She instead accused her critics of playing politics.

"The attempt by Democrats & some in the media to exploit the tragedy in Buffalo by smearing millions of Americans is abhorrent," McDaniel wrote on Twitter.

The White House declined to call out Republican rhetoric when pressed on Monday. But Senate Majority Leader Chuck Schumer, D-N.Y., was not so subtle.

"Unfortunately, with each year, it seems harder and harder to ignore that the outcomes of replacement theory and other racially motivated views are increasingly coming out into the open and given purported legitimacy by some MAGA Republicans and cable news pundits," Schumer said.

"It's dangerous," he added. "It's poisoning minds."

It's also become a mainstream view on the political right.

In a poll released last week, The Associated Press and the NORC Center for Public Affairs Research found that about 1 in 3 Americans believes an effort is underway to replace U.S.-born Americans with immigrants for electoral gain.

Fox News’ most popular personality, Tucker Carlson, has been one of the theory's biggest proponents. A study of five years’ worth of Carlson’s show by The New York Times found 400 instances in which he talked about Democratic politicians and others seeking to force demographic change through immigration.

But so far, at least, less attention has been focused on Republican candidates preparing to face voters in the coming weeks and months who have, in some cases, promoted the theory again and again.

"I’ve got to believe they want to change the makeup of the electorate," he told a Minneapolis-area conservative radio host last month.

The Johnson campaign did not respond to a request for comment.

In Missouri, at least two Republicans vying for the Republican Senate nomination have made similar statements more recently.

While touring the U.S.-Mexico border last month, former Missouri Gov. Eric Greitens said that immigrants crossing over illegally were "flooding into all of the 50 states, and that includes Missouri."

"What’s also very clear is that Joe Biden’s policies are an assault on the entire idea of America," Greitens said. "He’s wiping out the distinction between citizens and non-citizens, and he’s doing it on purpose."

A week later, Schmitt, Greitens' Republican rival, claimed that tens of millions of immigrants were crossing into the U.S. illegally because of Biden's policies. He said Democrats were intentionally encouraging illegal immigration for their own benefit.

"They are fundamentally trying to change this country through their illegal immigration policy," Schmitt told conservative commentator Glenn Beck.

Schmitt's campaign did not respond to a request for comment. Greitens ignored questions about replacement theory but called the mass shooting in Buffalo "truly horrific" in a written statement.

"Interestingly, the shooter in Buffalo wrote, ‘One of my favorite TV shows is The Rachel Maddow Show on MSNBC.’ Maybe the media should report on that as well," Greitens said.

In Arizona, Masters has warned throughout his campaign of a Democratic plot to transform the U.S. electorate.

"Obviously, the Democrats, they hope to just change the demographics of our country," Masters told the Patriot Edition podcast late last month. "They hope to import an entirely new electorate. Then they call you a racist and a bigot."

In Ohio, Vance has already secured a place on the November ballot. He won Trump's endorsement after embracing many of the former president's hardline views, including those related to immigration.

Vance told Breitbart News last month that Democrats are trying to give 15 million immigrants in the country illegally the right to vote. "They are trying to transform the electorate of this country," he said.

He made similar comments days later at a town hall in Portsmouth, Ohio.

Shortly after President Joe Biden was inaugurated, congressional Democrats proposed legislation that would include an eight-year pathway to citizenship for the estimated 11 million people living in the country illegally, but the proposal has stalled and has little chance of clearing Congress.

"Now of course," Vance said, "you’re accused of being a racist to even point this out. We get to decide, the people get to decide how we do or do not transform the country."