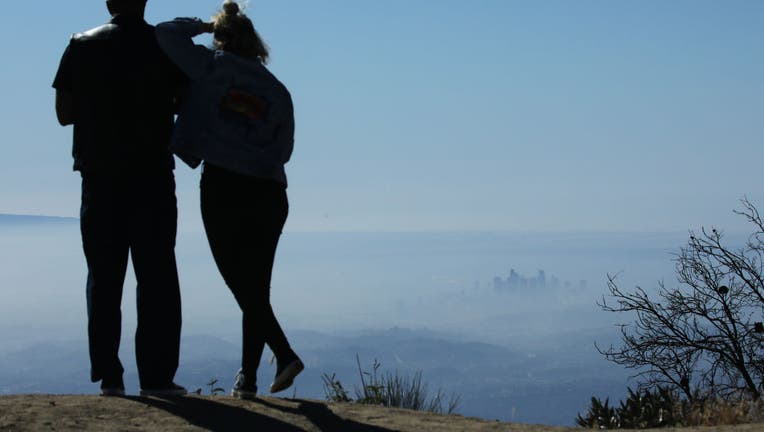 PASADENA, CALIFORNIA - NOVEMBER 05: People take in the view with the buildings of downtown Los Angeles partially obscured at midday on November 5, 2019 as seen from Pasadena, California. The air quality for metropolitan Los Angeles was predicted to b

Despite promises from world leaders to do more to combat climate change, a U.N. environmental report says that most countries are still investing in fossil fuels.

According to the report, the world’s top 10 fossil fuel-producing countries are not only failing to take action, but are on track to produce far more fossil fuels than what scientists say is allowed to limit global warming.

The report found that countries are expected to produce 120 percent more fossil fuels by 2030 than is permissible to keep the planet from warming 1.5 degrees Celsius.

The U.N. environment program’s Climate Change Coordinator, Niklas Hagelberg, says that the culprit is in the discrepancy between climate change policies and fossil fuel production policies. He argues that more needs to be done at the national level and in international climate negotiations.

The report is the first of its kind analysis and was conducted by scientists at six organizations.