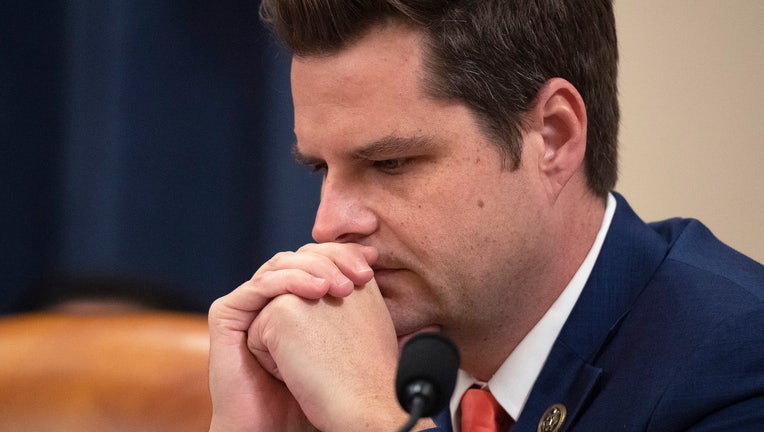 WASHINGTON - Rep. Matt Gaetz's communications director has left the office of the Florida Republican amid a federal criminal probe into whether the congressman paid women for sex.

Luke Ball, the former spokesman for the congressman, parted ways with Gaetz this week just as more reporting revealed Gaetz's alleged involvement with women who were recruited online for sex.

"The Office of Congressman Matt Gaetz and Luke Ball have agreed that it would be best to part ways," Gaetz's office said in a statement to Fox News. "We thank him for his time in our office, and we wish him the best moving forward."

Ball did not immediately respond to Fox News' request for comment on whether he resigned out of principle, as was suggested by another news outlet.

Gaetz, a one-time rising star in the GOP and outspoken ally for former President Donald Trump, has denied the allegations of sexual misconduct and for paying for sex.

The New York Times reported Friday that the investigation into Gaetz is tied to a probe of an indicted Florida politician named Joel Greenberg and focuses on their alleged involvement with multiple women who were recruited online for sex and received cash payments.

Greenberg is a former tax collector in Seminole County, Fla., who was indicted last year on a federal sex trafficking charge. Greenberg allegedly met the women through websites that connect people who go on dates in exchange for gifts, fine dining, travel and allowances, The Times reported. Gaetz met the women through Greenberg and allegedly had sex with them, the newspaper reported.

In addition to payments to the women through the mobile payment service Cash App, the Justice Department (DOJ) is also investigating whether Gaetz had sex with a 17-year-old minor and whether she received anything of material value in return, sources familiar with the investigation told The Times.

In an interview with Fox News' Tucker Carlson this week, Gaetz denied any allegations of wrongdoing and claimed that he was the target of an extortion attempt.

Gaetz told Carlson that his family had notified the FBI about the alleged extortion, naming former federal prosecutor David McGee as being behind it. Gaetz said his father had worn a wire during a meeting as part of an investigation of the extortion claim, and that he believes The Times story had been leaked in order to thwart that investigation.