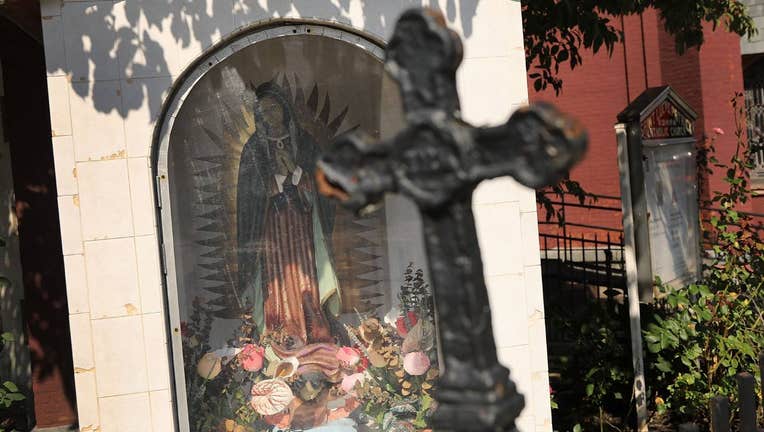 NEWPORT, R.I. - An organization that advocates for the religious freedom of military members requested Friday that the commander of Naval Station Newport in Rhode Island investigate those responsible for promoting a discussion series that urges Navy personnel to "Lead like Jesus."

The way the 12-week series was promoted, through a flyer and email noting a change of venue to everyone in a command position at the base, is a violation of the Constitution and of Navy rules, said Mikey Weinstein, of the Military Religious Freedom Foundation.

“This is a blatant violation of the separation of church and state,” he said.

He is also asking base commander Capt. Ian Johnson to punish those responsible for promoting the event as a deterrent.

The discussion series was promoted by base chaplain, Cmdr. Richard Smothers.

A message seeking comment was left at Smothers' office. An email message was left with Johnson. A spokeswoman for the base directed questions to Navy Region Mid-Atlantic headquarters in Norfolk, Virginia. Messages seeking comment were left there.

Elizabeth Baker, a spokeswoman for Navy Region Mid-Atlantic, told the Navy Times the lecture series was intended to reflect discussions that occur after Sunday services and was not meant try to convert anyone to Christianity.

“It’s a discussion series after services only for those who volunteer to attend,” she said.

Had the discussion series been promoted just to those people who regularly attended the chaplain's services, that would have been OK, Weinstein said. But sending it to everyone in a command position, no matter their faith, was not, he said.

That applies pressure on those who received the email, he said. “We have a word in the military for that, it's called being ‘voluntold,’" he said.

Weinstein said his organization represents 41 people who work at the base — both active duty sailors as well as civilian contractors — 32 of whom are Christians.

Martin France, a retired U.S. Air Force brigadier general and a member of the organization's advisory board, said in an email to Johnson that discussions entitled “Lead like Mohammed" or “Atheist Leadership" would not be tolerated.