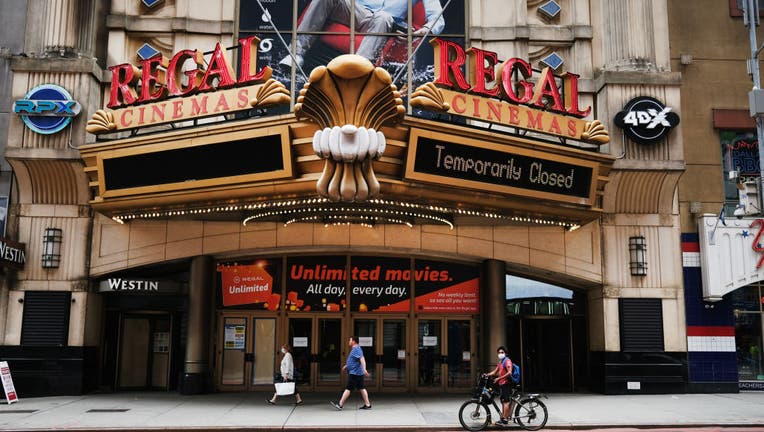 LONDON (AP) - Cinema chain Cineworld said Sunday it is considering closing all its movie theaters in Britain and the United States, after the postponement of the new James Bond film left a big hole in schedules.

Cineworld Group PLC owns 543 Regal cinemas in the U.S. and 128 Cineworld venues in the U.K. and Ireland.

It said it was “considering the temporary closure of our U.K. and U.S. cinemas, but a final decision has not yet been reached.”

“Once a decision has been made we will update all staff and customers as soon as we can.”

The statement came after the Sunday Times reported that Cineworld’s U.K. and Ireland theaters will shut indefinitely in the coming weeks, putting up to 5,500 people out of work.

The newspaper and other outlets reported that Cineworld plans to write to U.K. Culture Secretary Oliver Dowden saying cinema has become “unviable” because studios are postponing blockbuster releases because of the coronavirus pandemic.

Staff said they had not been informed or consulted about closures.

“If these reports are true, then the first people Cineworld should be informing are their staff who will suffer as a result -- not the Sunday newspapers,” said Philippa Childs, head of the entertainment workers’ union BECTU.

British movie theaters began to reopen in July, but Childs said “the stark reality is that without new releases it is unlikely that footfall will increase to a level that makes opening financially viable.”

Producers said last week that the 25th James Bond thriller, “No Time to Die,” due to open in November, is being delayed until April 2021 because of the effect of the pandemic on theatrical business.

Other major studios have made similar decisions over the past few weeks. Universal has delayed “Candyman” to next year, and the Walt Disney Co. has postponed a handful of major movies to 2021, including Marvel’s “Black Widow” and Steven Spielberg’s “West Side Story.”