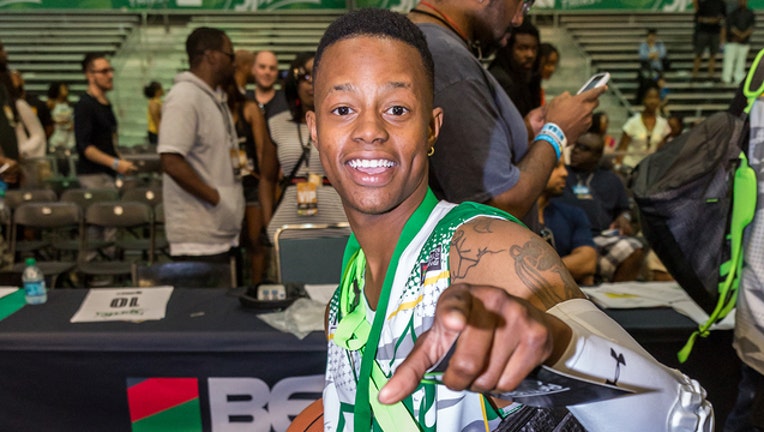 A court ruling issued against Silento in the city of Al Ain and seen by The Associated Press on Thursday orders the 19-year-old Atlanta artist to pay a local promoter 300,000 dirhams ($81,500) after he did not perform two scheduled shows.

The Feb. 20 judgment places a travel ban on the rapper, whose real name is Ricky Lamar Hawk, and orders him to surrender his passport to the court until the case is settled.

Jenna Kadhum, who represents Silento in the Middle East, disputed the allegations against the performer and accused the promoter of failing to live up to his end of the agreement.

"Silento did not cancel any shows at all," Kadhum said. The rapper only learned of the travel ban against him on Wednesday, she added.

The dispute centers on shows Silento was supposed to play in Al Ain and the Emirati capital, Abu Dhabi, on Feb. 18, according to Makki Taj El Sir Abdel Halim, who owns event organizer Mackie Entertainment.

The promoter said he is seeking to recover lost expenses, including performance fees as well as travel and marketing costs.

"He didn't show up," Abdel Halim said in an interview. "I just want to get my own money back. ... I don't want to ruin his reputation."

Kadhum declined to say whether the rapper had handed his passport over to authorities and would not discuss his next legal steps.

The U.S. Embassy in Abu Dhabi declined to comment.

The National, a government-owned daily in Abu Dhabi, first reported on the travel ban Thursday.

Silento acknowledged his legal troubles at the end of a show in a Dubai nightclub in the early hours Thursday.

"I can't even leave the UAE but I'm still in the club," he said, according to a video posted by the paper.

The rapper posted a link on Twitter late Wednesday urging fans to donate to a "Free Silento" fundraising page. Its stated aim: "Bring Me Back To America Again."