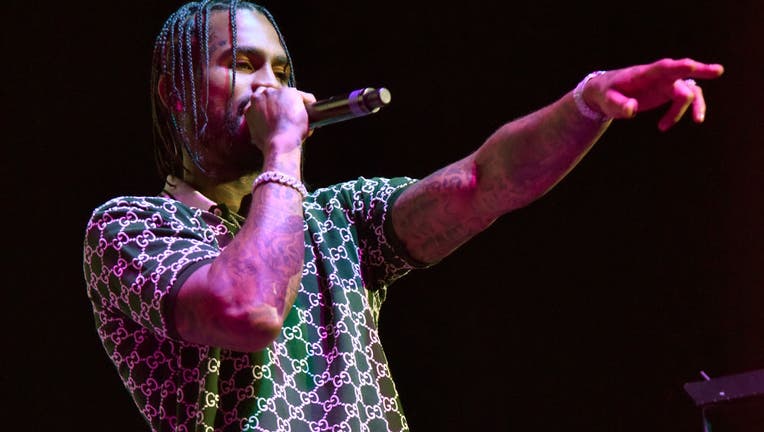 NEW YORK - The rapper known as Dave East was hauled off by cops overnight after a police stop near the Queensbridge Houses in the Astoria section of Queens.

The NYPD says it happened about 1 a.m. on Friday.  Officers pulled over a car after they say the driver failed to signal when making a turn.

Officers said they smelled a strong odor of marijuana and took a passenger out of the vehicle.

The man, identified as David Brewster, the rapper's actual name, became aggressive and non-compliant with officers.

He was taken to the 114th precinct.  Police say he cooperated with investigators and gave them his ID.  He was issued two summonses and allowed to leave.  One was disorderly conduct and the second for marijuana possession.

East, 31, is from Harlem and spent time growing up in Queensbridge.