An Uber driver got the surprise of a lifetime when a passenger helped pay for her college tuition.

ATLANTA - A random act of kindness has led to a heartwarming friendship between two metro Atlanta strangers.

Latonya Young, an Uber driver, met Kevin Esch after picking him up from an Atlanta United game. Little did they know, they were each going through hardships in their lives.

Esch said he was in a low place and was trying to change his life, then after getting in Young's Uber, her attitude immediately flipped his mood around.

Young had been going through some struggles with college, learning she had an outstanding balance she couldn't afford. She was also involved in a car accident. Esch said after hearing some of her story, he knew he wanted to help.

The first thing he did was leave her a $150 tip for the Uber ride. Then, he went to Georgia State University after learning Young couldn't register for classes due to her outstanding balance. So, he visited the campus and paid it off.

"I was shocked," Young said.

Young told Esch she wanted to pay him back, and he said the only payback he wanted was for her to graduate. He then attended her graduation ceremony. 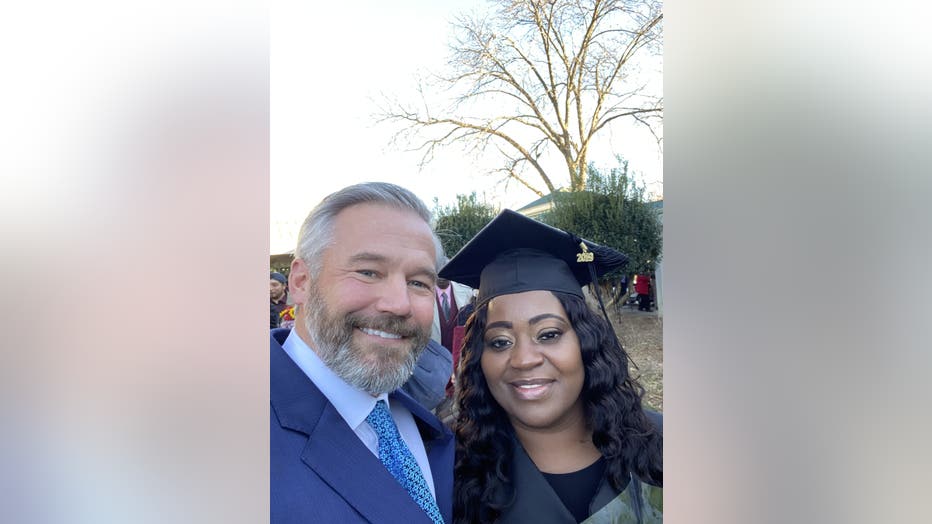 Feeling inspired, Young started working on a book called "From Broken to Blessed."

Their story went viral and eventually landed them on The Ellen Degeneres Show, where Young was surprised with more money to help pay for her tuition.