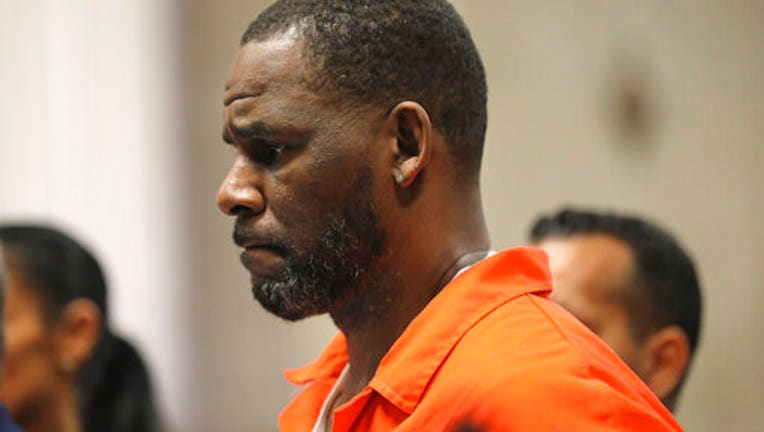 R. Kelly appears during a hearing at the Leighton Criminal Courthouse in Chicago, Sept. 17, 2019. (AP Pool)

NEW YORK - Prosecutors in New York City hit indicted singer R. Kelly with new bribery charges Thursday that appear to be related to his 1994 marriage to a teenager.

A revised indictment in federal court in Brooklyn accuses R. Kelly of scheming with others to pay for a "fraudulent identification document" for someone identified only as "Jane Doe" on Aug. 30, 1994.

A day later, R. Kelly, then 27, married 15-year-old R&B singer Aaliyah D. Haughton in a secret ceremony arranged by Kelly at a hotel in Chicago. The marriage was annulled months later because of Haughton's age.

Defense attorney Douglas Anton on Thursday called the latest charge against his client "ridiculous and absurd."

The Brooklyn prosecutors had already charged R. Kelly with racketeering, kidnapping, forced labor and sexual exploitation. They alleged he and his employees and assistants picked out women and girls at concerts and groomed them for sexual abuse.

The 52-year-old singer, who is being held without bond, is scheduled to stand trial in federal court in Chicago in April on child pornography and obstruction of justice charges before facing trial in Brooklyn.