Are you more of a J.Lo or a Shakira?

The Latina superstars are set to take the stage during the Pepsi Halftime Show at Super Bowl LIV in Miami. Which one are you?

MIAMI - Are you more of a “Jenny from the Block” or “Hips Don’t Lie” kind of gal?

Jennifer Lopez and Shakira will take the world’s largest stage Sunday during the Pepsi Super Bowl LIV Halftime Show in Miami — the first time in history that two women have headlined the show.

And the Latina superstars have each established themselves in their own right. 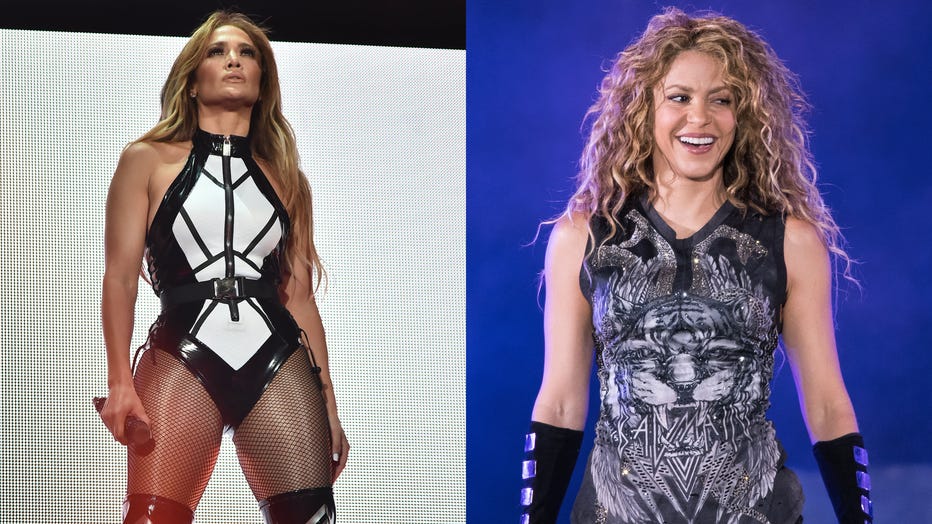 Jennifer Lopez performs onstage at the 2019 iHeartRadio Fiesta Latina at American Airlines Arena on Nov. 2, 2019 in Miami, Florida, alongside an image of Shakira performing in concert at Madison Square Garden on Aug. 10, 2018 in New York City. (Photo

Lopez, an award-winning singer, actress, producer, dancer and business mogul, has had four No. 1 hits in her singing career including “I’m Real,” “Ain’t It Funny,” “If You Had My Love” and “All I Have.” Shakira, the highest-selling Colombian artist of all time, has sold approximately 75 million records worldwide and has won numerous awards — including three Grammys and 11 Latin Grammys.

So, if you could channel either star — who would it be?

Perhaps you’d rather rock a glitter bodysuit than a flowy gown on the red carpet. Or maybe you’d be a more supportive and encouraging judge rather than a harsh and challenging one on a singing competition show like “American Idol” or “The Voice.”

So, go ahead, “She Wolf,” and find out if you’re a superstar from the Bronx or a hip-shaking, Colombian cantante with this J.Lo or Shakira quiz.

Watch Super Bowl LIV on Sunday, Feb. 2 on FOX. This station is owned by the FOX Corporation.