WASHINGTON - The FBI released a bulletin on June 4 to members of Congress warning that QAnon, a conspiracy theory embraced by some in the mob that stormed the United States Capitol on Jan. 6, could engage in more "real-world violence."

QAnon started on the 4chan message board — an anarchic image board that features discussions, images, memes and theories on everything from politics to anime.

On 4chan, a person claiming to be a highly placed government official, who went by the name Q Clearance Patriot, began posting in 2017. He soon gained followers with his claims — called "Q Drops" — about how child traffickers and Satan worshippers were seeking to undermine President Donald Trump with the help of global elites in the U.S. and abroad.

The conspiracy theory motivating QAnon has been gaining media attention in the last year, specifically in the wake of the deadly riot by Trump supporters inside the U.S. Capitol building. 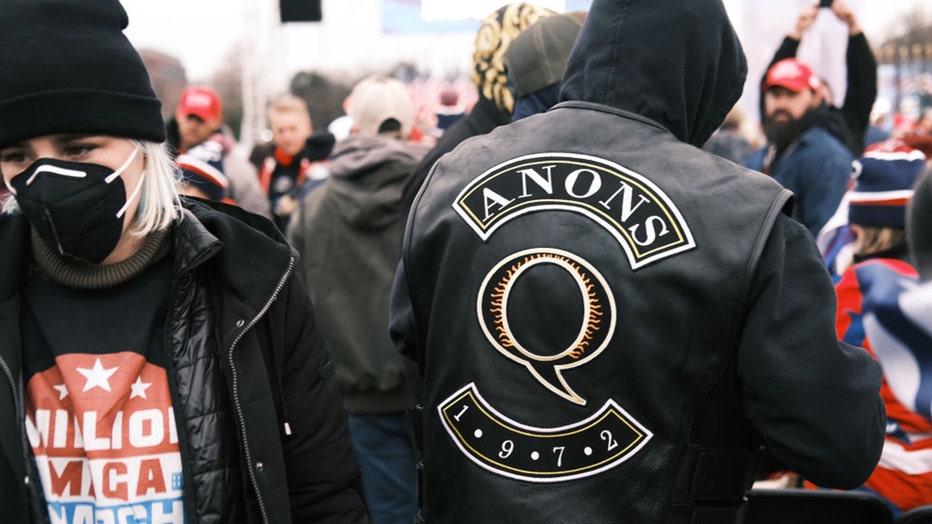 The bulletin, which was released by Sen. Martin Heinrich, D-N.M., earlier this month, warned, "QAnon likely will begin to believe they can no longer ‘trust the plan’ referenced in QAnon posts and that they have an obligation to change from serving as ‘digital soldiers’ towards engaging in real world violence - including harming perceived members of the ‘cabal’ such as Democrats and other political opposition instead of continually awaiting promised actions which have not occurred."

The FBI refers to some of the believers of QAnon as domestic violent extremists (DVE), which are U.S.-based individuals who intend to threaten, coerce or intend to influence a group of people or government policy by intimidation or violent means, according to the FBI.

The bureau also warned that adherents of QAnon are continually spreading false and dangerous information, and that "election fraud, the COVID-19 pandemic, and the dangers of 5G technology are then woven into the QAnon master narrative," according to the bulletin.

"The participation of some domestic violent extremists (DVE) who are also self-identified QAnon adherents in the violent siege of the US Capitol on 6 January underscores how the current environment likely will continue to act as a catalyst for some to begin accepting the legitimacy of violent action," according to the FBI.

RELATED: ‘QAnon Shaman’ ordered to stay in jail while awaiting trial after appearing on ‘60 Minutes Plus’

Meanwhile, at least 20 QAnon followers have been charged with federal crimes related to the Capitol riot, according to an Associated Press review of court records.

Some charged in the riot wore attire bearing the telltale letter "Q" when they stormed the Capitol. One of the defendants, Jacob Chansley, calls himself the "QAnon Shaman" and wore a furry hat with horns, face paint and no shirt that day. Others had posted about QAnon on social media before the riot.

The Justice Department has arrested more than 400 people in the insurrection, during which pro-Trump rioters stormed the U.S. Capitol, caused about $1.5 million worth of damage and sent lawmakers running for their lives.

Five people died and dozens of police officers were wounded.

Defendants have argued in court that Trump himself spurred them on, or they were just following the crowd, or law enforcement allowed them in, or they were the victims of disinformation stoked by right-wing media.

Lawyers for some of the defendants have argued their clients were specifically misguided by QAnon.