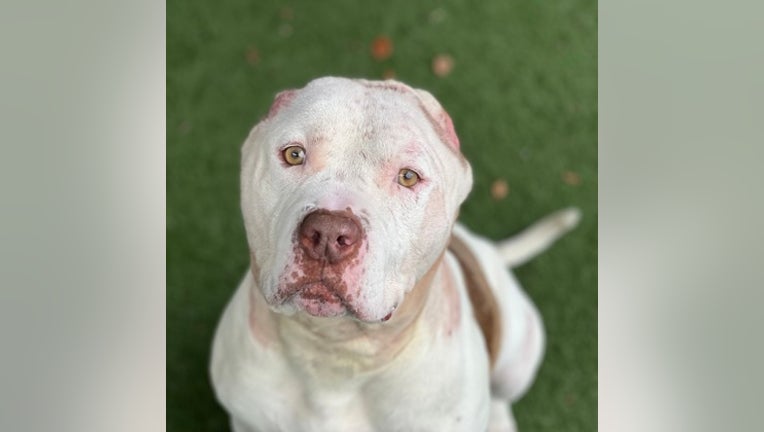 A 2-year-old Bulldog-Terrier Pit Bull mix named Willy Wonka was brought into the Sacramento SPCA after being attacked by a group of dogs. Veterinarians had to remove his ears.  (Sacramento SPCA)

SACRAMENTO, Calif. - A 2-year-old dog, that lost both his ears in an attack, has a fancy new set of lovingly handmade ears as he awaits for a new family to take him home.

Willy Wonka, a Bulldog-Terrier Pit Bull mix, was attacked by a group of dogs. The Sacramento SPCA told KTVU, "While his owner was away, the neighboring dogs were able to push through the fencing in the backyard and attack Willy, leaving traumatic injuries to his ears."

He was brought to a veterinarian. "Unfortunately, both of his ears needed amputation," shelter officials said, though they noted that the injury did not affect his ear canals and the dog's hearing was intact.

Officials said, ultimately the costs associated with Willy's care and concerns about another attack from the neighboring dogs forced the owner to surrender Willy to the Sacramento SPCA shortly before Christmas, the agency said.

"When he arrived, his ear flaps had already been amputated, but we provided additional care to the area (replacing sutures, keeping the wounds clean)," explained Sarah Varanini, communications manager for the Sacramento SPCA. 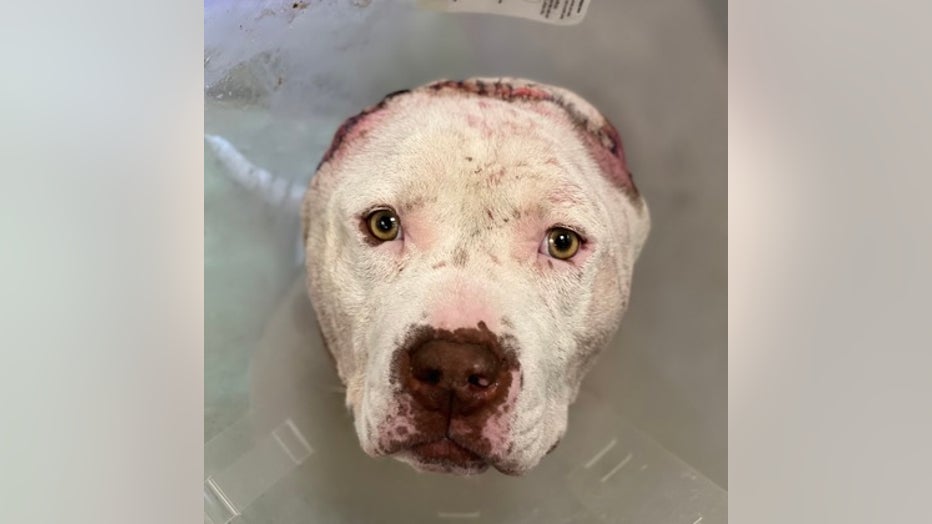 Willy Wonka, a 2-year-old Bulldog-Terrier Pit Bull mix suffered serious injuries and lost both his ears when he was attacked by a group of dogs.  (Sacramento SPCA)

The pup instantly won over the hearts of his caretakers earning the nickname "Sweet Willy." 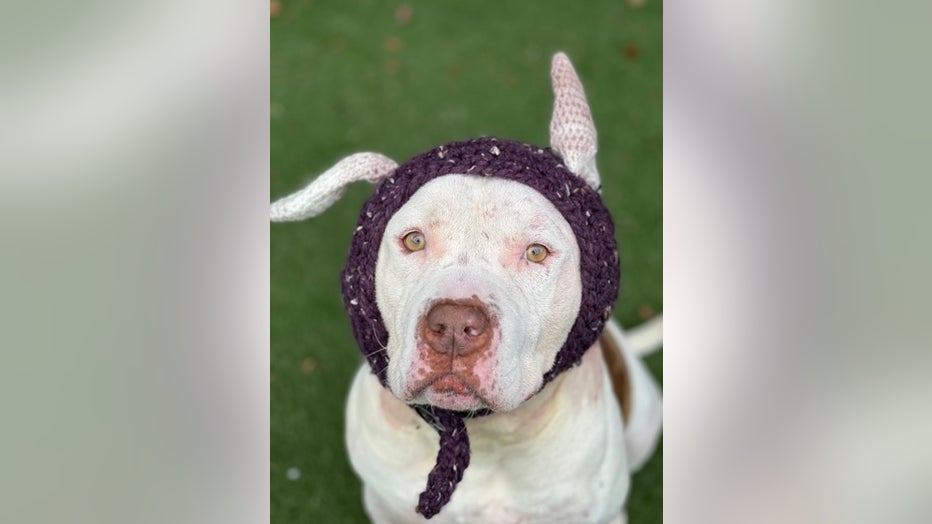 Willy Wonka, a Bulldog-Terrier Pit Bull mix received a pair of knitted ears after he lost both his ears when a group of dogs attacked him.  (Sacramento SPCA)

One of those who looked after him was registered veterinary technician John Holmquist, who decided to crochet the dog a new pair of ears, "so he wouldn't feel too out of place," the SPCA said.

Attached to a purple band that wrapped around his head, the cream-colored ears perfectly matched the color of Willy's fur.

On social media, the agency shared photos of the dog modeling his new head-wear with the caption, "When you lose both of your ears after a dog attack, but your vet tech knits you new ones." 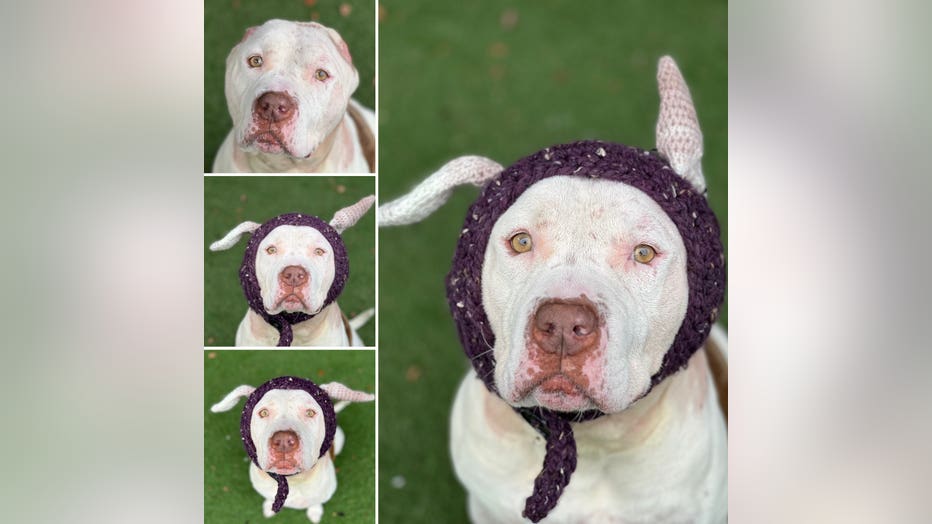 The photos received widespread attention with many commenting on how beautiful and sweet the dog looked.

Varanini noted that a family had adopted Willy last week, but it didn't' work out, and he was returned the following day "when the resident dog in the home did not appreciate his arrival."

The shelter described Willy, as its "no-eared wonder dog," a friendly, easy-going, pup that still seemed to get along with other dogs.

"Willy is a very happy-go-lucky guy and despite his traumatic story, still appears to enjoy the company of other dogs!" Varanini shared, adding, "He has lived with children in the past and loves to snuggle, especially on the couch."

Those interested in giving Willy a "fur-ever" home were invited to visit the shelter Tuesdays through Saturdays from 10:30 a.m. to 5:30 p.m. Officials advised coming as early as possible, as adoptions were first-come, first-served.