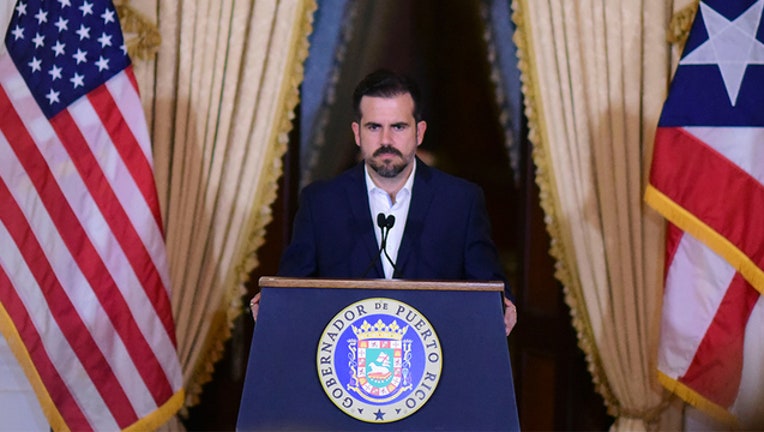 But the scandal that is threatening to buckle the boyish 40-year-old governor are the details of a profanity-laced and at times misogynistic online chat with nine other male members of his administration in which some of the U.S. territory's most powerful men act like a bunch of teenagers. The leak of at least 889 pages of the private chat has sunk Rosselló into the deepest crisis of his career.

In the chats on the encrypted messaging app Telegram, Rosselló calls one New York female politician of Puerto Rican background a "whore," describes another as a "daughter of a bitch" and makes fun of an obese man he posed with in a photo. The chat also contains vulgar references to Puerto Rican star Ricky Martin's homosexuality and a series of emojis of a raised middle finger directed at a federal control board overseeing the island's finances.

For many Puerto Ricans still recovering from one of the United States' worst-ever disasters, on the back of the island's biggest public financial collapse, the scandal analysts and ordinary people are calling "Chatgate" has proven to be too much.

Protesters marched in the capital for the third day on Monday to call for Rosselló's resignation. The leaders of the U.S. territory's house and senate said they weren't planning impeachment proceedings, but an influential association of mayors from Rosselló's pro-statehood party said he had lost their support. Puerto Rican artists Benito A. Martínez Ocasio, known Bad Bunny, and René Pérez, known as Residente, both said on Twitter they planned to return to Puerto Rico to join the protests.

Playwright Lin-Manuel Miranda, whose production of "Hamilton" on the island is mentioned in the chats, called them "a very disturbing portrait of how this Administration operates."

Even if Rosselló survives until election day next year, it seems clear to many observers that he has been profoundly weakened and less able to deal with crises ranging from the island's bankruptcy proceedings to its continued efforts to receive federal funding to help recovery from María.

Chatgate erupted a day after Rosselló's former secretary of education and five other people were arrested on charges of steering federal money to unqualified, politically connected contractors. Starting Thursday, an anonymous person or people with access to the chats leaked dozens of pages of them to two local outlets. On Saturday, Puerto Rico's Center for Investigative Journalism published 889 pages.

Referring to Carmen Yulín Cruz, the mayor of San Juan who had announced her intent to run against Rosselló in 2020, the governor says, "she's off her meds."

"Either that, or she's a tremendous HP," he continues, using the Spanish initials for "son/daughter of a bitch."

Despite widespread cynicism in Puerto Rico about politicians' corruption and self-dealing, the chat shocked residents in a way that other scandals haven't, particularly given Rosselló's image as a gentle, even meek family man, said Mario Negrón Portillo, a professor at the University of Puerto Rico's school of public administration.

"Everyone woke up one day and the governor was spouting vulgarities," Negrón said. "There's nothing worse for a politician than losing legitimacy. I think Ricardo Rosselló has lost legitimacy."

One chat member calls the head of the federal oversight board a "kitten." Another participant jokes that a female member of the territory's senate belonged in a whorehouse. Along with a photo of himself greeting an obese man, the governor writes "I'm still there. It's my fourth orbit. He generates a strong gravitational pull." Talking about a lack of forensic pathologists at a government forensic agency, Sobrino says "can't we feed a body to the crows?"

Rivera Marín, Sobrino, Bermúdez and Miranda have already resigned or been fired.

Rosselló, the son of former governor Pedro Rosselló, said in a radio interview Monday that "I'm committed to keep working."

"I know some people think differently, but I've determined that it's better to keep working without distraction, dealing with all the different issues that this situation has created."

The president of the commonwealth's House of Representatives, Carlos Méndez Núñez, said Sunday night that legislators from Rosselló's pro-statehood New Progressive Party, which has a majority in both houses, did not support starting impeachment proceedings against the governor.

Méndez Núñez said Rosselló had been given a one-week deadline to reflect, show contrition and prove he could continue to govern.

"This week he'll meet with mayors, with legislators, and we have to give him this time," Méndez Núñez said. "Impeachment isn't on the table yet. But we reserve the right to evaluate if that's merited."