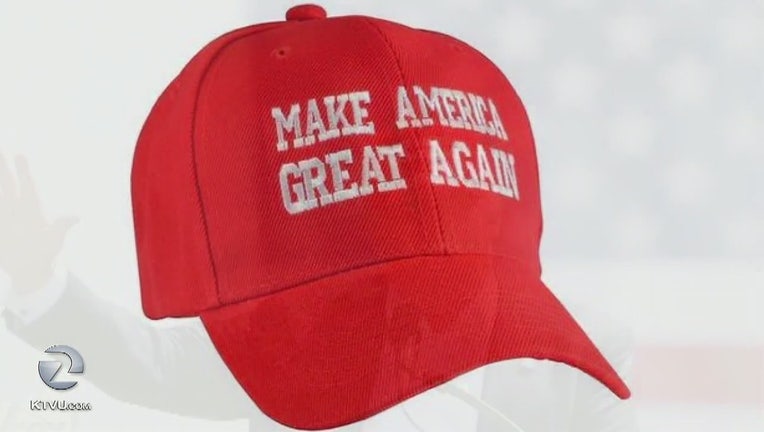 COLONIE, N.Y. (AP) — Protesters and counterprotesters gathered at a New York bakery in response to a cake made to resemble a Make America Great Again hat that was posted on social media in July.

Employees at Coccadotts Cake Shop in Colonie, New York, could be seen still working as protesters chanted outside on Thursday, the Times Union reported.

Black Lives Matter protesters were outnumbered by the counterprotesters who came out in support of the bakery. There were more than 125 people outside the bakery, the newspaper reported.

Legacy Casanova, of Schenectady, was among the protesters and said that the group wanted to have a civil conversation — but had not been able to do so.

“They’re able to feel what they feel about their politics. We have issues when it comes to social injustice as in firing someone because they’re gay, wearing all lives matter masks,” Casanova said.

Dennis O’Kane, of Delmar, was among the counterprotesters and said he was there to support America. He waved an American flag and encouraged passing cars to honk their horns in support of the bakery’s right to free speech.