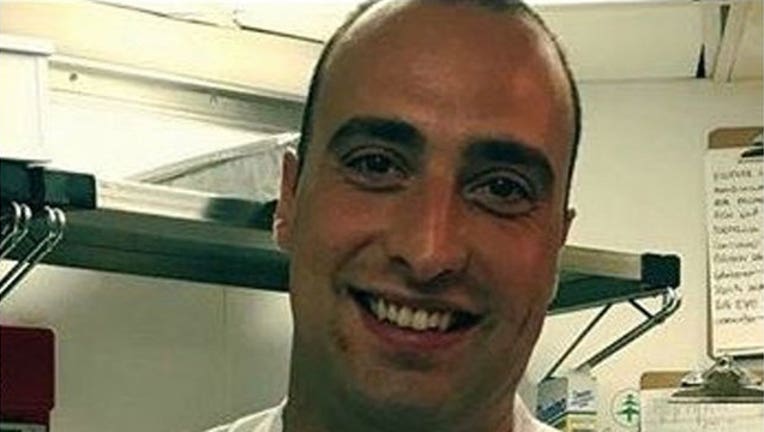 NEW YORK (AP) — A prostitute linked to the suspected overdose deaths of three men in Queens, including an Italian chef at a popular restaurant in New York's Grand Central Terminal, has been arrested on drug charges, according to federal authorities.

Angelina Barini was arraigned in Brooklyn federal court Monday on charges of conspiracy to distribute and possess with intent to distribute one or more substances containing fentanyl. Her lawyer, Mildred Whalen, declined to comment.

The body of Andrea Zamperoni was found at a hostel in Queens last week after he didn't report for work as head chef at Cipriani Dolci.

Barini said she didn't do it and that her pimp, who hasn't been identified, would not let her call the police and discussed whether to cut up the body, according to court papers.

After searching the room, court papers said authorities recovered "a purple liquid in a glass with powder at the top of the liquid and around the rim, glass pipes for smoking narcotics, bottles of bleach and bleach-covered towels, electronics, a power saw and an empty suitcase."

Prosecutors said Barini admitted to providing the chef drugs and later admitted that her pimp gave the chef "liquid ecstasy."

Barini is also accused of providing fatal overdoses of drugs to two other unidentified men in Queens.

Zamperoni's official cause of death has not yet been determined. The Italian-born chef had worked in Cipriani's Grand Central Terminal location for a little more than a year. He previously worked at a Cipriani restaurant in London.