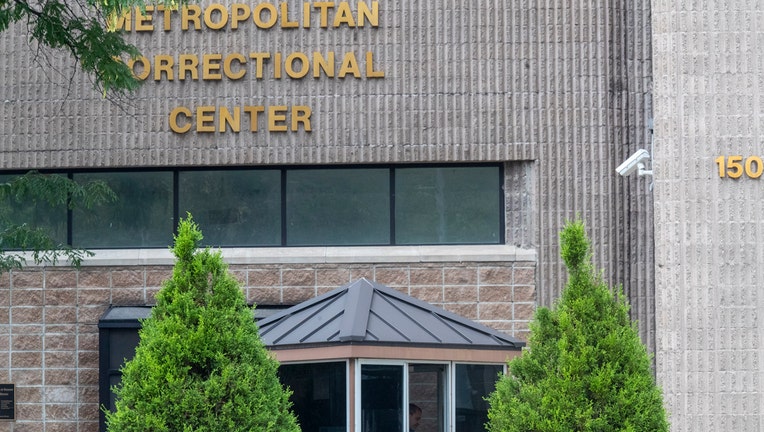 NEW YORK (AP) - A correctional officer at a federal jail in New York City has been arrested on charges he blackmailed a visitor into having sex with him after she smuggled contraband into the facility. It's the latest example of misconduct that has come to light at the jail where Jeffrey Epstein killed himself last year.

Robert Adams, 39, pleaded not guilty at an arraignment Monday to bribery and blackmail charges. He was released from custody, ordered to surrender travel documents and given an Oct. 5 deadline to post $100,000 bond. Adams could face up to 16 years in prison if convicted.

Messages seeking comment were left with Adams' lawyer and the head of the union at the jail, the Metropolitan Correctional Center in Manhattan.

Prosecutors allege Adams told the woman she would be in trouble for passing contraband unless she met him at a nearby pizzeria. There, prosecutors say, Adams asked the woman to go to a motel with him to have sex.

The woman did not want to have sex with Adams, but complied because she did not want to be reported to law enforcement or have her visiting privileges revoked for smuggling contraband into the jail.

Adams allegedly allowed the woman to bring contraband into the prison several more times after their initial encounter in July 2019, prosecutors said.

The Metropolitan Correctional Center has been plagued by problems in recent years, most notably Epstein's suicide. Two jail guards responsible for monitoring the wealthy financier as he awaited trial on sex trafficking charges were accused of sleeping and browsing the internet instead.