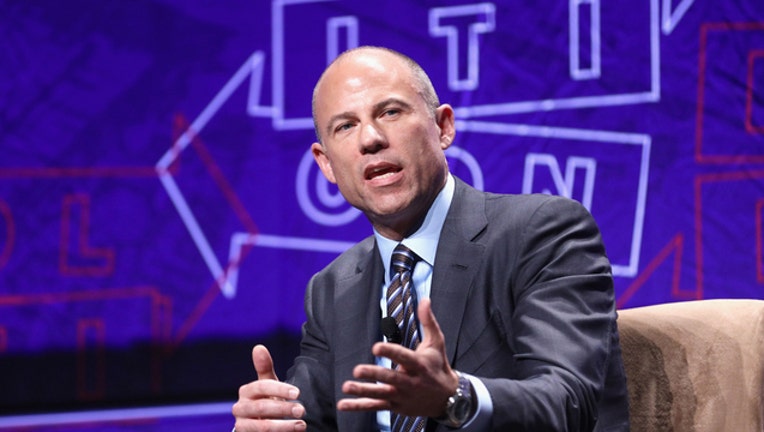 LOS ANGELES (AP) — The Los Angeles district attorney declined to prosecute attorney Michael Avenatti on felony domestic abuse charges on Wednesday and referred allegations that he roughed up his girlfriend to the city attorney for a possible misdemeanor case.

Avenatti, 47, was arrested on suspicion of felony domestic violence last week after his girlfriend told police he abused her at his Los Angeles apartment following an argument.

A restraining order against Avenatti was issued after actress Mareli Miniutti said he dragged her by the arm across a bedroom floor.

Avenatti, who had called the allegations "completely false" and a fabrication, said in a statement he was thankful the district attorney had rejected the charges and was "especially grateful for justice" at Thanksgiving.

"I am completely innocent. I have absolute faith in the system that I will be fully exonerated," Avenatti told The Associated Press. "This whole thing is bogus."

A spokeswoman for the district attorney would not say why prosecutors declined to take the case from Los Angeles police. Documents supporting the decision were not released because the case was referred to the city attorney and was still under investigation.

The city attorney's office will review the case, a spokesman said.

As Daniels' lawyer, Avenatti has pursued the president and those close to him relentlessly for months, taunting Trump in interviews and baiting him and his lawyers in tweets.

Miniutti said in her request for a restraining order that she was wearing only a T-shirt and underwear when Avenatti grabbed her by the arm and dragged her out of the bed. She said she was scratched on her side and leg. Court papers include photographs that appear to show bruises.

The order was granted Monday.

Attorneys for the legal aid group that represents Miniutti declined to comment.

Avenatti said that he would be vindicated once footage from security cameras in the building was reviewed, even though the violence described by Miniutti would not have occurred in the building's public areas.