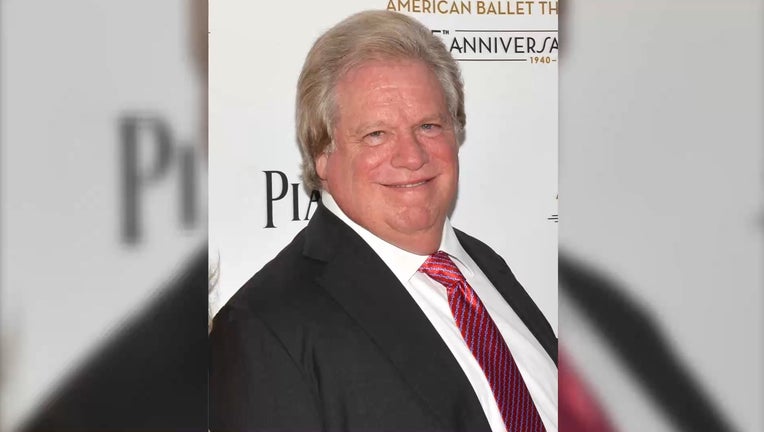 Elliott Broidy, a prominent fundraiser for President Donald Trump and the Republican Party, has been charged in an illicit lobbying campaign aimed at getting the Trump administration to drop an investigation into the multibillion-dollar looting of a Malaysian state investment fund.

Broidy is the latest person accused by the Justice Department of participating in the covert lobbying effort, which also sought to arrange for the return of a Chinese dissident living in the U.S. A consultant, Nickie Lum Davis, pleaded guilty in August for her role in the scheme.

The case was filed this week in federal court in Washington, D.C., with Broidy facing a single conspiracy charge related to his failure to register under the Foreign Agents Registration Act, which requires people lobbying in the U.S. on behalf of a foreign entity to disclose that work to the Justice Department.

A lawyer for Broidy declined to comment on Thursday. The allegations are contained in a charging document known as an information, which typically signals a defendant's intent to plead guilty.

Prosecutors allege that Broidy worked with Davis and others to get the Justice Department to abandon its pursuit of billions of dollars that officials say were pilfered from 1MDB, a Malaysian wealth fund that was established more than a decade ago to accelerate the country’s economic development but that prosecutors say was actually treated as a piggy bank by associates of former Malaysian Prime Minister Najib Razak.

As part of the scheme, prosecutors said, Broidy “facilitated and attempted to facilitate meetings and other efforts to influence officials at the highest level of the United States government, including the President and the Attorney General." During a May 2017 meeting in a Bangkok hotel suite, he agreed to lobby the Trump administration and the attorney general, then Jeff Sessions, for an $8 million retainer fee, according to prosecutors.

The effort was done on behalf of a fugitive Malaysian financier, Jho Low, but was ultimately unsuccessful: The Justice Department in 2018 charged Low, who remains at large, in connection with conspiring to launder billions of dollars from the fund and last year reached a civil settlement to recover more than $700 million in assets that officials said were traceable to the looted fund.

Low has denied wrongdoing and did not admit blame in that settlement. And Broidy did not register with the U.S. government that he was working on behalf of Low.

Broidy has been a top fundraiser for Trump but resigned in 2018 from his role as deputy chairman of the Republican National Committee after it was revealed that he paid $1.6 million to a Playboy Playmate with whom he had an extramarital affair.

According to prosecutors, Broidy used his access to the White House to try to arrange a golf meeting between Trump and the Malaysian prime minister, and though that outing did not take place, the leaders did ultimately meet at the White House in September 2017. Broidy himself met with Trump at the White House the following month, and though he did not raise the 1MDB matter with him, he told Davis that he had, court papers say.

Broidy's work also included a separate unsuccessful lobbying effort — trying to arrange for the removal of a Chinese dissident who was living in the U.S. on a temporary visa. The dissident is not referred to by name by prosecutors, but it matches the description of Guo Wengui.

Guo left China in 2014 during an anti-corruption crackdown led by President Xi Jinping that ensnared people close to Guo, including a top intelligence official. Chinese authorities have accused Guo of rape, kidnapping, bribery and other offenses and have sought the return of the self-exiled tycoon.