Trump plans to hold rally in Charlotte ahead of Super Tuesday

Thousands were expected on Monday night at Bojangles’ Coliseum in Charlotte to hear Trump, who is on the GOP primary ballot in North Carolina and other Super Tuesday states.

CHARLOTTE, N.C. - President Donald Trump’s scheduled North Carolina rally on Monday keeps to his recent routine of rallying in states on the eve of their presidential primary votes.

Thousands were expected on Monday night at Bojangles’ Coliseum in Charlotte to hear Trump, who is on the GOP primary ballot in North Carolina and other Super Tuesday states.

The President's visit will include road closures as Independence between I-277 and Albemarle Road will be completely shut down from 4-9 p.m. CMPD says roadways in and around Charlotte Douglas Airport and Bojangles Arena will also be shut down.

Trump held gatherings the day before the New Hampshire primaries, the Nevada Democratic caucus and the South Carolina Democratic primary in each state. There’s little doubt about Trump’s nomination in August at the Republican National Convention, which will also be in Charlotte. 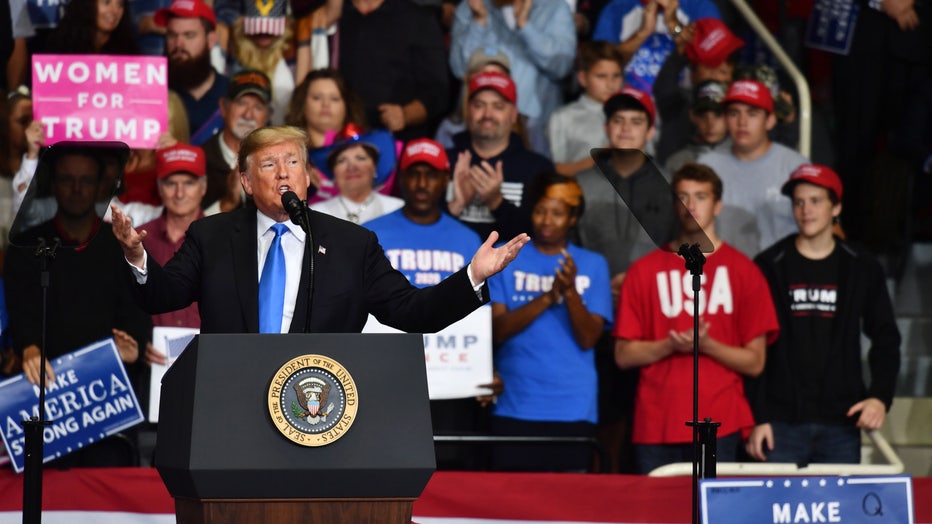 Preliminary figures from the State Board of Elections show over 777,000 North Carolina residents cast ballots through early in-person voting that ended Saturday afternoon.

GET THE FOX 46 NEWS APP FOR YOUR MOBILE DEVICE

About 686,000 voted through this method during the March 2016 primary, when there were 10 early-voting days. This year there were 17. Democrats voted a disproportionate portion of ballots compared to their percentage of registered voters.