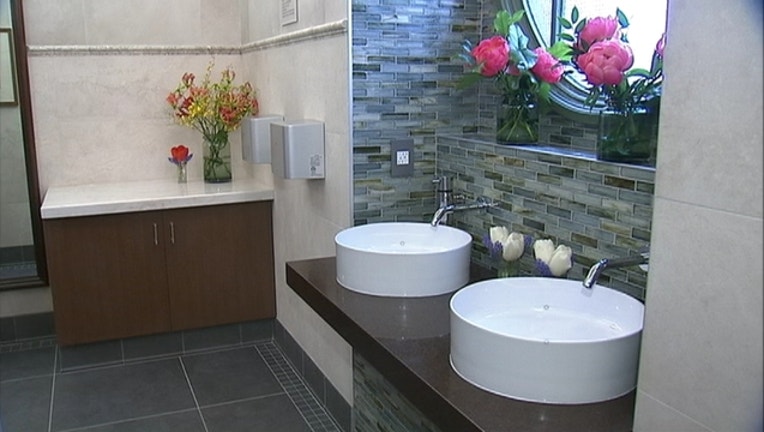 NEW YORK (AP) - In a park amid New York City skyscrapers, a gem has emerged: a posh public bathroom that cost nearly $300,000.

The free-of-charge facility was inspired by visits to the city's priciest hotels. It's open to everyone, even homeless New Yorkers.

On Thursday, officials cut bathroom tissue as the inaugural ribbon for the toilets housed in a landmarked Beaux-Arts building behind the New York Public Library. The toilets - divided between the women's and men's sides - are reopening after a two-month renovation.

The eye-popping elegance is a surprise in a city where public toilets are scarce and generally grungy.

The public luxury was funded privately by the Bryant Park Corp., a not-for-profit that manages the city-owned park.