"My quality time with Josie is in the morning, taking a shower with her," Michael said. "That's when she sings and whistles the most."

Josie can say "how are you?" and "bye-bye" and whistle the theme to Bridge on the River Kwai. Michael describes her as stubborn, rambunctious and -- like most parrots -- very social.

"When you have a parrot," he said, "you can't just go away for a week and have somebody come in and just give them water."So, for years, Michael brought Josie to a place called Bird Camp co-owned and run by Rosalee Gibson. At Birdcamp, Gibson boarded birds (over the holidays, as many as 50 at a time).

"It sounds about 180 degrees from the way it is right now," she said on the day we met her. We found Birdcamp silent on that December afternoon during its busiest season (with so many leaving the city, and their birds, for Thanksgiving, Hanukkah, Christmas, New Year's and beyond) because after nearly two decades of seven-day weeks, at 75 years of age, Gibson stopped accepting boarders.

"I just woke up one day and couldn't do it any more," she said. "It's too hard." "It was a really a huge shock and disappointment," Michael said. 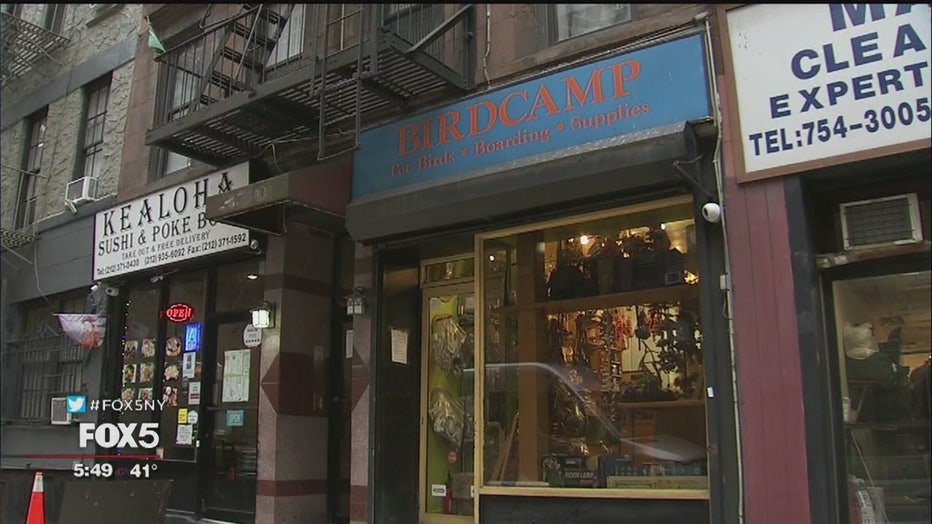 Birdcamp closing its boarding operation sent bird-owners like Michael flocking to find other people and places willing and able to accept their winged pets."We get very very busy, especially around the holidays," Center for Avian and Exotic Medicine veterinarian Dr. Alex Wilson said.

"If we had more space, we would definitely expand our bird boarding," she said.

"Each one has a different diet," Gibson said, "so you have to know what they eat and which side of the cage to put the food on."Gibson disinfected her cages every day. Twice a day she cleaned them, changed the paper and disinfected and swapped out every water dish. "You've got birds trying to bite your finger sometimes," she said. All of that, while all those birds squawk and talk and whistle, some try to escape and others get sick or try to hurt themselves---making jobs with the birds, for many, for the birds. And yet, Gibson already misses hers.

Gibson knew the quirks of every parrot, parakeet and cockatiel she boarded --- many who stayed with her every holiday season, year after year."I can call here and I can hear in the background and I say: Oh, is Toby there? That sounds like Toby," she said."And it's birds like Toby, Gibson says, she'll miss the most.

"Well, Max because he talked so much," Gibson said of one bird. "Otto bounced all over the place like this. Cheeky, the little cockatiel, had his own iPhone attached to his cage for FaceTime."