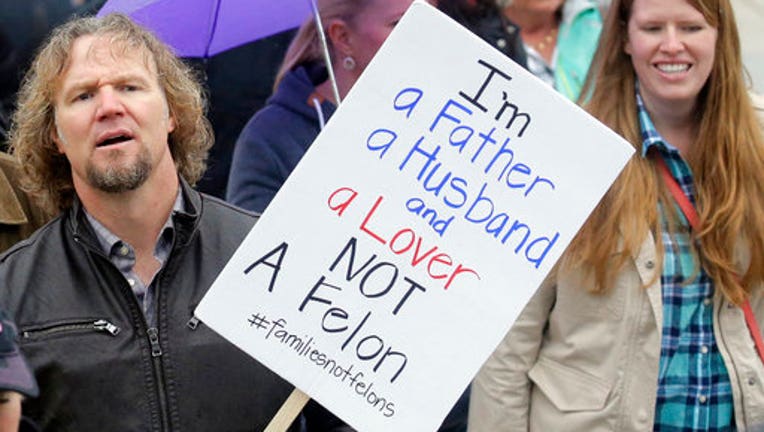 SALT LAKE CITY - Polygamists have lived in Utah since before it became a state. Eighty-five years after plural marriage was declared a felony, they still number in the thousands and have even been featured in the long-running reality TV show, “Sister Wives.”

“The law is a failure. It hasn’t stopped polygamy at all and it’s actually enabled abuse to occur and remain unchecked,” said Sen. Deidre Henderson, a Republican. Her proposal to make bigamy an infraction rather than a felony has gathered significant support. It was unanimously approved by a legislative panel Monday, despite resistance from former members of polygamous groups who said it could embolden abusers.

The estimated 30,000 people living in Utah’s polygamous communities believe plural marriage brings exaltation in heaven — a legacy of the early Church of Jesus Christ of Latter-day Saints. The Polygamists may not face jail time under new Utah bill abandoned the practice in 1890 under pressure from the U.S. government and now strictly forbids it.

Unlike other states, Utah outlaws living with a second “spiritual spouse” even if the man is legally married to just one woman.

Henderson argues that law, and the legacy of raids as recently as the 1950s, has created a culture of fear that empowers notorious abusers like the polygamous leader Warren Jeffs. His followers wear distinctive, historic-looking dresses, and he is now serving a life prison sentence in Texas for sexually assaulting girls he considered plural wives.

On the other end of the spectrum are modern, consenting adult polygamists like Kody Brown of TV’s “Sister Wives." The show chronicling the lives of Brown and his four wives premiered on TLC in 2010.

The Utah attorney general has publicly declined to prosecute polygamists like him for years, but the bigamy law remains on the books. The “Sister Wives” family left the state shortly after going public with their TV show, saying they were afraid of being charged by local prosecutors.

They later lost an attempt to overturn the polygamy law in court.

The new proposal would significantly lower the potential penalties for consenting adult polygamists but keep harsher penalties for other crimes sometimes linked to polygamy, including the new addition of coerced marriage. Some pro-polygamy advocates have pushed back, arguing that those enhancements create an unfair association with their communities.

Others, though, say that easing restrictions on polygamous marriages won’t do much to help victims and could even make things worse. Melissa Ellis grew up in the polygamous Kingston group and said she worries that leaders could consider it a victory if the state lightened penalties.

“Those men are going to have more power and more control over their victims than they did before,” she said.

A representative for the group did not immediately return a message seeking comment.

Ellis also pointed to a recent law that allowed people leaving polygamous groups to access money from the state’s crime-victims fund to help get on their feet. “We need more laws in place that are going to help the victims,” she said.

More than 100 years after Utah's predominant faith abandoned the practice, the state continues to struggle with the best way to deal with polygamy, lawmakers acknowledged.

“At this point, I think this is better than what were doing now,” said Republican Sen. Daniel Thatcher.