Investigators from the Polk County Sheriff's Office, Auburndale Police Department, and Winter Haven Police Department worked together on "Operation Child Protector II," which focused on finding those who prey upon children online.

The sheriff's office said 12 suspects were arrested for a total of 49 felonies. According to Polk Sheriff Grady Judd, nine of the 12 had no criminal history.

Four of the suspects allegedly traveled to an undercover location to meet someone they thought was a teenage girl, between the ages of 13 and 15, but instead found detectives waiting to arrest them.

The other eight suspects had warrants for their arrests after investigators said they groomed and sent sexually explicit content to undercover detectives, who the suspects thought were 13, 14, and 15-year-old girls. 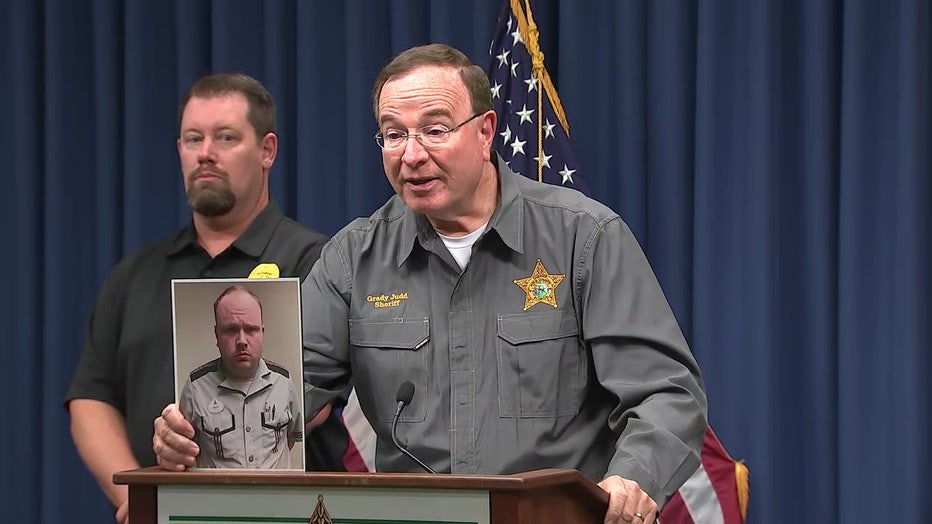 They were arrested on Polk County warrants and booked into jails in Polk and other counties, the sheriff's office said.

One of the men arrested on those warrants was Zachary Hudson, Walt Disney World bus driver, who was arrested while he was still in his work uniform.

Investigators said Hudson confessed to sending explicit photos of himself to who he thought was a 15-year-old girl.

"He said – are you ready for this? You can't make this stuff up. He said, ‘I don’t want to sound creepy,'" Judd said. "Well, you just sounded creepy."

The sheriff said when Hudson confessed, he admitted to sending the explicit photos while he was on the clock at Disney.

"If your bus was running late at Disney, he was busy taking pictures of himself and talking trash to what he thought was a little girl," Judd said.

Another suspect was 67-year-old Lawrence Neu from the Lakeland area, who Judd said confessed to deputies when he was caught after traveling to meet who he believed was going to be an underage girl.

"He said he cherished the idea about teaching this 13-year-old girl about sex," the sheriff said. 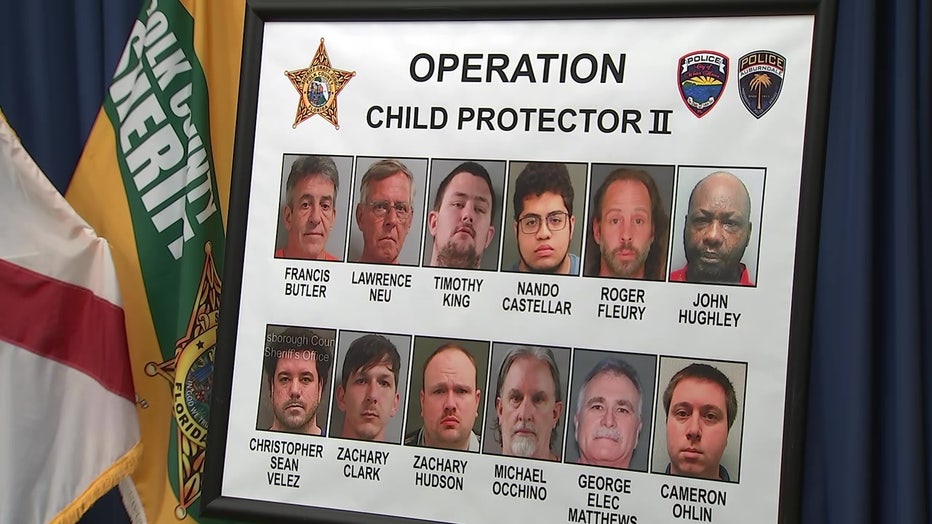 One suspect from Kissimmee actually had conversations with three different undercover detectives, according to investigators – at one point talking about "making babies" with at least one of them.

Undercover investigators who were portraying underage girls told the suspects they were down in Florida with their mother on vacation. Judd said the suspect "was giving what he thought to be a 13-year-old little girl directions on how to escape her mom and then he's going to pick her up."

A 62-year-old suspect from Palm Beach Gardens was staying at a resort in the Orlando area with his wife of 27 years, and reportedly said he had to wait for her to fall asleep so he could sneak out and go to meet up with who he thought was an underage girl. He allegedly asked detectives, "What did I do wrong? It's just words."

Most of the suspects are from Florida, hailing from Lakeland, Tampa, Orlando, Kissimmee, Palm Beach Gardens, Clermont, Lehigh Acres, and Tallahassee. Two suspects are from out of state, coming from Alabama and Michigan.

The suspects were charged with numerous felonies, including traveling to meet a minor for sex, attempted lewd battery, use of a computer to seduce a child, and transmission of harmful material to a child.