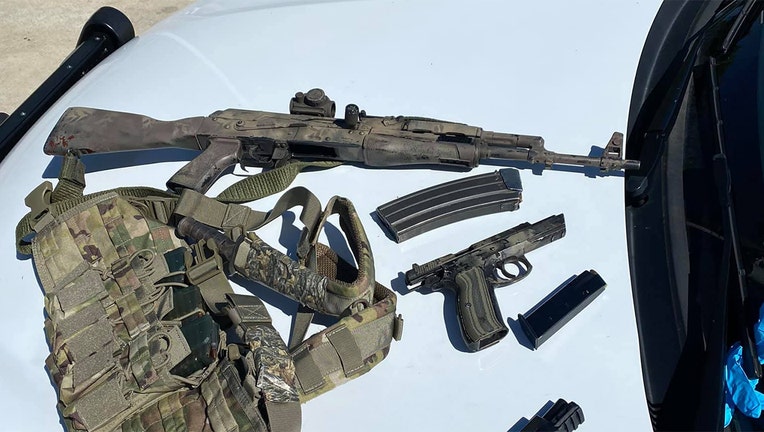 A photo released by Crowley Police shows the weapons found in the car.

Police in Louisiana had to take away a loaded AK-47 from a young child in the back seat of a car as his father overdosed in the front seat.

It happened in a Dairy Queen parking lot in Crowley.  Officers were granted permission to enter the vehicle from the man's wife, who stated the narcotics were in the cup holder and there is also loaded firearms in the vehicle.

There were also 4 children in the car in reach of the drugs and weapons.

The AK-47 was in a 12-year-old child's lap with the safety off and gun ready to fire.

Officers reportedly had to wrestle the gun from the child.

Crowley Police Chief Jimmy Brousard told KLFY, "The child, of course, didn’t want to give it up, to probably either protect his family or didn’t know exactly what was going on."

Police say the drugs the man was using were cocaine and fentanyl.

Jeremy Leblanc of Oberlin, Louisiana was arrested and booked into the Acadia Parish Jail on multiple charges.