Update on man with machete

A man with a machete was shot by police in the leg while answering a domestic dispute call in Queens.

NEW YORK - A man with a long history of violating orders of protection was shot by police responding to a 911 call about an emotionally disturbed person, the NYPD says. The man was carrying a machete.

A woman told police she had repeatedly asked the father of her child to leave the apartment but he refused. She also told police he had taken a lot of pills and wanted to die. 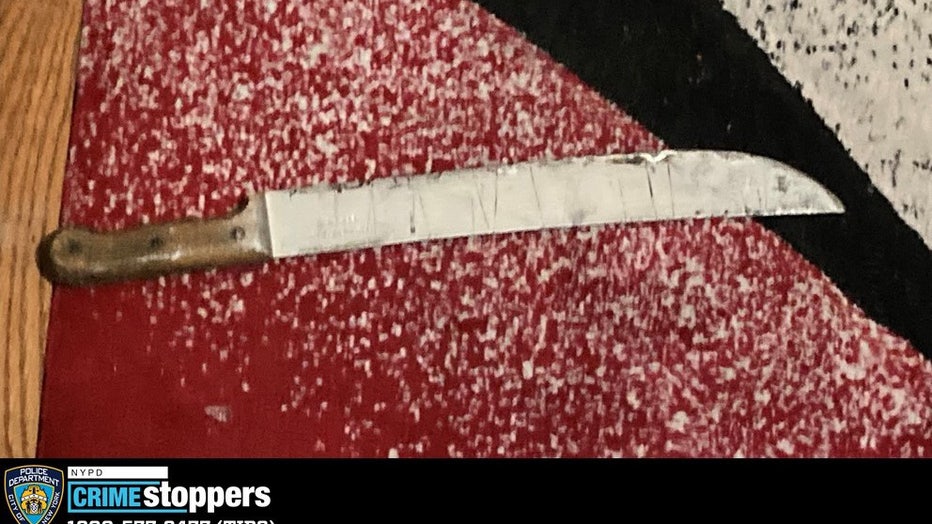 Police released a photo of the weapon they recovered.

Police arrived at the apartment where the man was carrying a machete, said Chief of Dept. Kenneth Corey. The man approached the officers while holding the 911 caller's mother. Police removed the older woman and tasered the man.

One officer shot the man in the groin area, police said.

The man was taken to Elmhurst Hospital where he was undergoing surgery. He was expected to recover.

The machete was recovered from the scene. A 3-year-old child was removed from the apartment.

Man with machete shot by police

Police responding to a domestic incident in Astoria, Queens discovered a man with a machete. An officer shot the man.