BLUE ASH, Ohio - An alleged rape and kidnapping suspect tried to flee officers by leaping through a glass window on the sixth floor of an Ohio hotel Sunday. But the reinforced glass didn’t give.

Body camera footage shows the suspect bouncing off the glass and landing on his feet. After being foiled by the window, the suspect can be heard saying "I’m about to jump."

Officers continued to move in, reaching for their stun guns.

"Don’t Tase me," the suspect pleaded while being taken into custody. 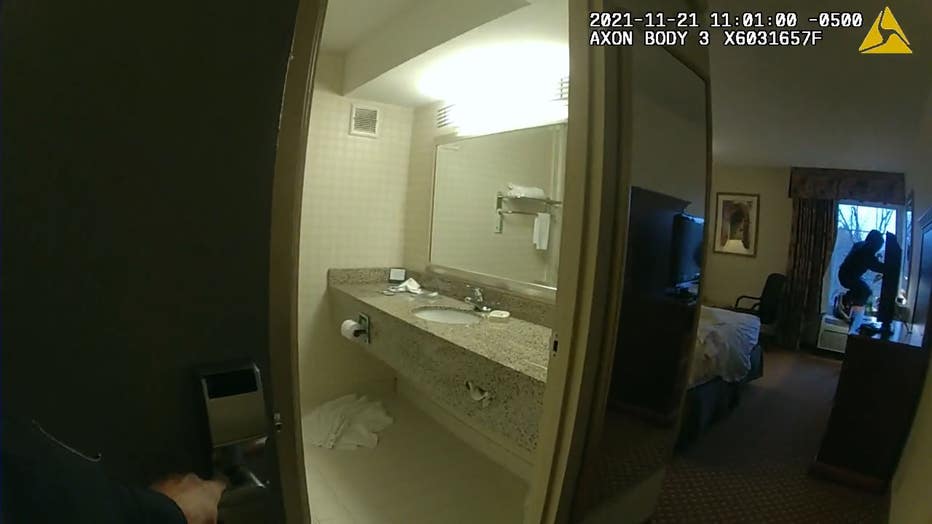 A front desk attendant called police when she noticed the man with a woman who looked unwell, police said. She told investigators she managed to discretely ask the woman if she was OK.

The victim used body language to indicate she was not OK, police said. Authorities later took her to a hospital.

"We want to assure the public that this was not a random kidnapping," Blue Ash Police Chief Scott Noel said in a news release. "The victim and suspect were known to each other."

Police identified the suspect as 20-year-old Onjre Damon George. He was charged with rape, kidnapping and felony assault, according to police.