A carjacking suspect was arrested and another person taken into custody Monday after leading authorities on a chase through LA and Orange counties.

WEST COVINA, Calif. - Two people were taken into custody Monday afternoon after leading authorities on a chase through Los Angeles and Orange counties.

The carjacking suspect was seen running multiple red lights and traveling at a high rate of speed on multiple freeways as he led the California Highway Patrol and Los Angeles County Sheriff's Department on a pursuit that started in the Baldwin Park area.

SkyFOX was overhead when the primary suspect was arrested. 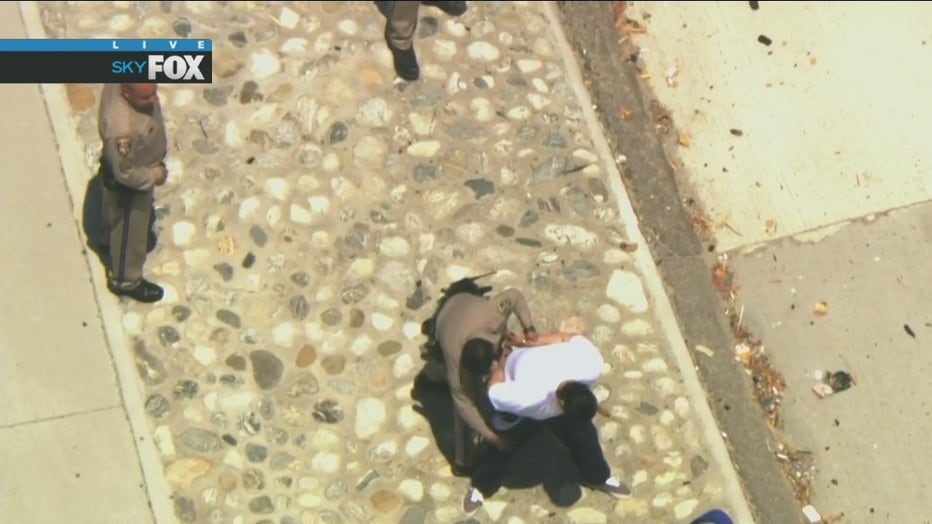 It's unknown which role the female passenger played in this incident. She was also seen being taken into custody.