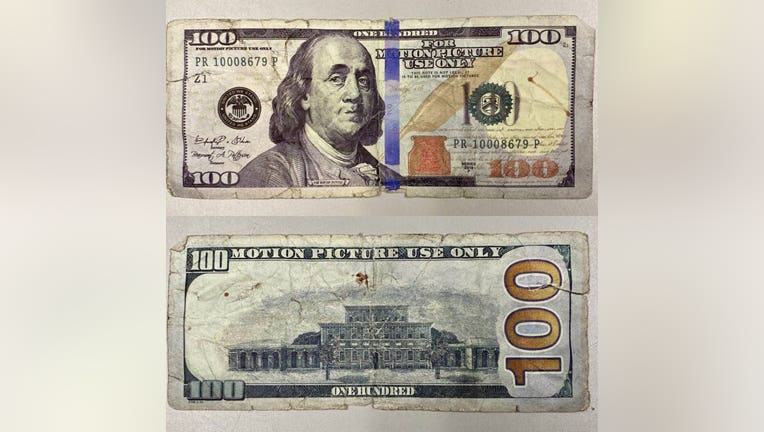 SOUTH BRUNSWICK, N.J. - A New Jersey man is now facing charges after allegedly paying for gas with a fake $100 bill back on Christmas Day.

The South Brunswick Police Department tweeted a photo showing both sides of the counterfeit bill, which is actually a prop used in films and television. The bill is labeled "Motion Picture Use Only."

Police said the man drove a BMW into an Exxon station on Route 27 on Dec. 25, asked for a fillup, passed the prop $100 bill to the attendant, and got $85 in change, according to the South Brunswick Patch.

A detective investigating the case tracked down a suspect, who turned himself in on Feb. 18 to face theft and fraud charges.