In the first incident, authorities say that on Monday, a 27-year-old man was wearing traditional Jewish attire as he walked down Lynch Street in Williamsburg when he was approached by the suspect.

The suspect then, without saying anything, slapped the victim in the face.

The suspect then ran away on foot towards Harrison Avenue.

Police have described the suspect as a man in his 30s with a dark complexion, standing roughly 5'10" tall with a medium build.

He was last seen wearing a yellow shirt, black pants, black boots, a black hat, and a dark-colored backpack.

The other two incidents happened on Sunday morning, also in Williamsburg.

In one, a 72-year-old man was walking along Taylor Street and Lee Avenue at around 6 a.m. when he was approached by a group of unknown suspects, one of whom sprayed him with powder from a fire extinguisher. The suspects then fled the scene and the victim was not injured. 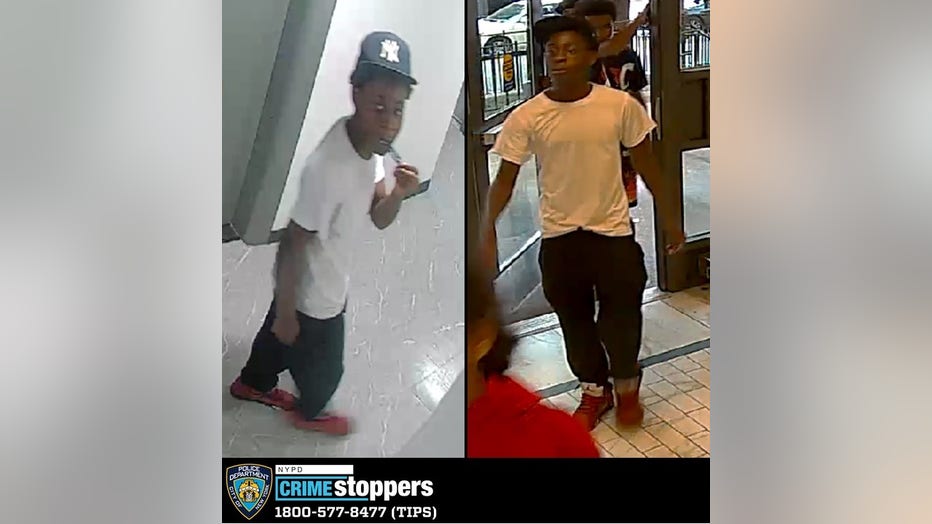 A suspect wanted by the NYPD in connection to a pair of possible anti-Semitic attacks on Brooklyn on August 21. Credit: NYPD

Then, just minutes later, a 66-year-old man was walking on the sidewalk near Roebling and South 3rd Street when he was approached by a group of unknown suspects, one of whom also sprayed him with powder from a fire extinguisher and then punched him.

Again, the suspects fled the scene and the victim refused medical attention.

Anyone with information in regard to these incidents is asked to call the NYPD's Crime Stoppers Hotline at 1-800-577-TIPS (8477) or for Spanish, 1-888-57-PISTA (74782). The public can also submit their tips by logging onto the Crime Stoppers website at https://crimestoppers.nypdonline.org/, or on Twitter @NYPDTips.