Philadelphia police are searching for two suspects after three plainclothes were fired upon in Cedarbrook Friday night.

It happened on Sharpnack and Fayette streets Friday around 8 p.m.

According to police, a man on a bike started slowly riding next to the vehicle the officers were in. Police say one officer rolled down the window to ask if the man was okay that's when the suspect yelled an expletive and fired on the car.

The officers were able to pull over on Sharpnack Street where they exited the vehicle and returned fire.

At this point, a second man down the street began firing towards the officers. 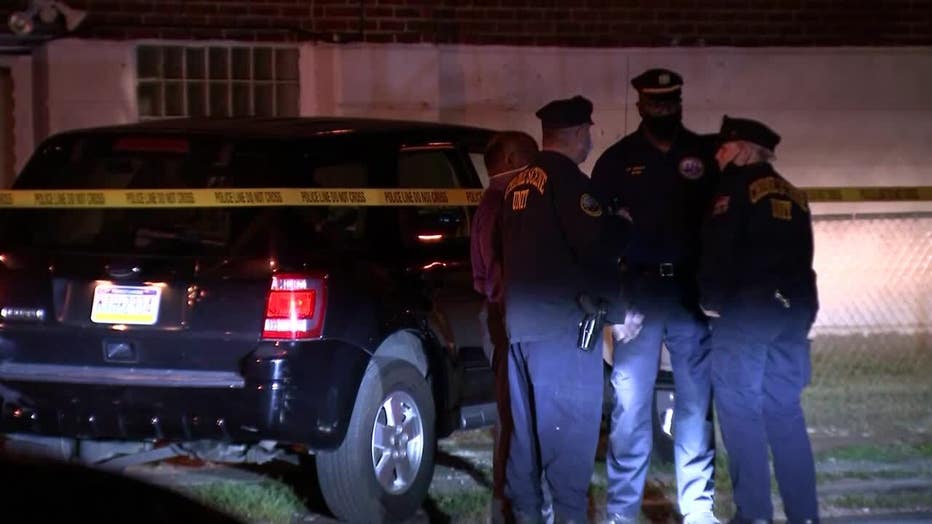 Police say the officer who was driving was wearing a bulletproof vest that stopped a round that traveled through his a door of the car, as well as his seat. A female officer suffered a cut to her leg. The third officer was not struck.

Both of the injured officers were taken to Einstein Medical Center to be checked out and were listed in stable condition. It was not clear as of Friday night if the female officer had suffered a cut from broken glass or gunfire.

The two suspects fled the scene, but Philadelphia police have since identified the suspect on the bike as 28-year-old Jeffione Thomas. A warrant has been issued for his arrest for attempted murder and firearms violations.