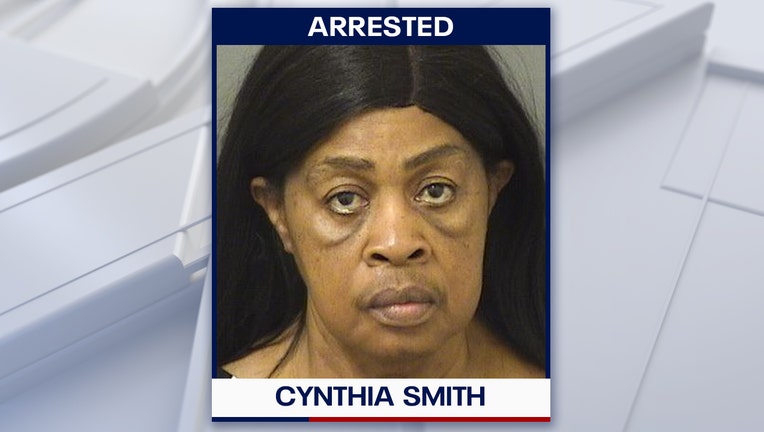 RIVIERA BEACH, Fla. - A Florida elementary school teacher has been charged with child abuse after police said she shoved a first-grade student into a wall, knocking the boy's tooth out.

According to WPTV, police said the video showed the boy moving his hands on a bulletin board in a hallway before Smith walked up to him, put her hands on the back of his head and shoved him face-first into the wall.

The boy said Smith told him not to touch the board before shoving his head into the wall, the station reported.

The arrest report said the boy's "head appears to snap back from the force," according to WPTV, and said the 7-year-old was bleeding from his mouth.

The Palm Beach Post reports that school principal Katrina Granger called police after watching the video, telling officers Smith acts aggressively toward students and noted that there were "numerous" complaints about her filed by parents.

Granger said Smith has worked at the school for 12 years, while district authorities told the newspaper she has worked in various roles for the school district for 25 years.

Police arrested Smith for child abuse on Jan. 31; she was released from jail after posting $3,000 bond the same day.