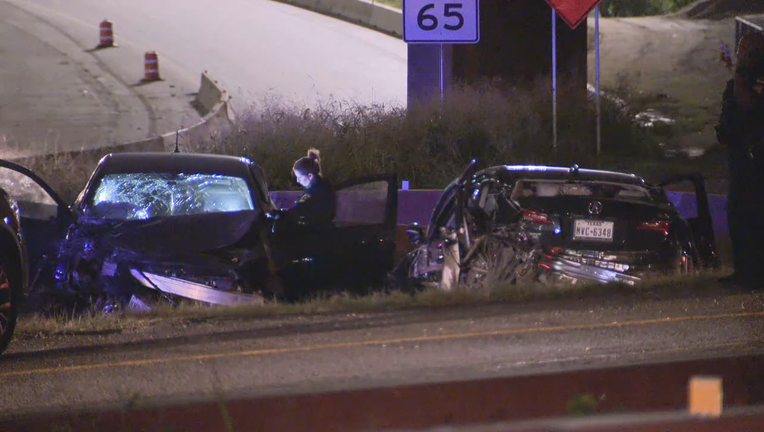 DALLAS - A 27-year-old woman has been arrested for intoxication manslaughter after police said she crashed into multiple vehicles, along with pedestrians who were dealing with a car that had broken down.

Canessia Griffin was helping some of her family with the vehicle, when a vehicle driven by Asianna Fluellen was southbound on I-35.

At the split for I-35 and 67, police said Fluellen “failed to drive in a single lane of traffic,” and drove onto the grass median, where she struck multiple vehicles and several people who were helping with the broke down car, including 28-year-old Griffen.

Griffin was taken to a hospital, where she was later pronounced dead.

Two other pedestrians were struck, and police said they are in stable condition.

Investigators found that Fluellen was under the influence of alcohol, and she was arrested for intoxication manslaughter.