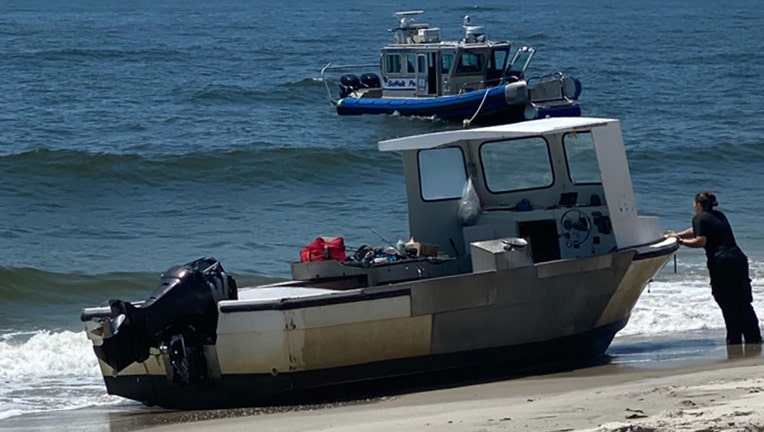 NEW YORK - Police looking for a missing crabbing boat that had been stolen from the owner's dock caught up with the alleged thief when the vessel ran aground on Wednesday, officials said.

The boat owner reported that someone had taken off with his 24-foot Romarine commercial crabbing vessel from the canal at his home on Oak Neck Lane in West Islip, police said. Through social media, the owner heard that the boat was spotted on Great South Bay.

"Suffolk County Police Marine Bureau Officers John Rodriguez and Brian Martinico were patrolling the oceanfront west of Cedar Beach at approximately 12 p.m. when a lifeguard alerted them of an occupied vessel that appeared to be disabled in the surf," police said in a news release.

The officers arrived at the beach and detained a man and a woman who got off the stuck boat, police said.

Detectives charged the man with fourth-degree grand larceny. The woman was not charged, police said.

Several law enforcement agencies then teamed up to free the crabbing boat from the beach and get it back to the owner, police said.