The NYPD released this security camera video showing a person throwing an egg through a door to a synagogue in Brooklyn, Nov. 9, 2019.

NEW YORK - The NYPD has arrested a teenager on hate crime charges in connection with two egg attacks in Brooklyn, including at a synagogue.

Video from a security camera at about 6:17 p.m. on Saturday, Nov. 9, 2019, shows a man throwing an egg at Sanz Synagogue at 369 Dahill Road in Kensington just as the door is opening. The egg went through the open doorway and hit an interior wall, police said. No one was hurt.

The attacker then took off northbound on Dahill Road, police said. 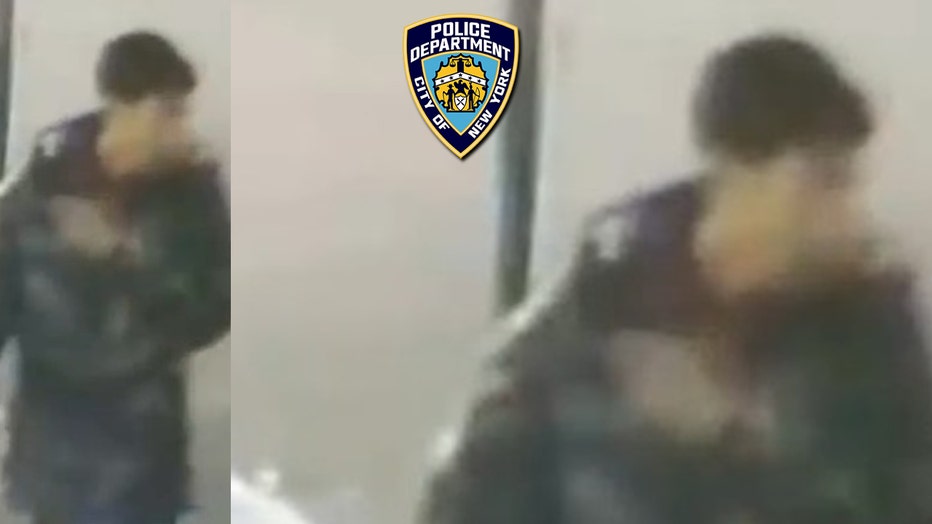 Just minutes earlier, someone threw an egg at a 38-year-old woman walking near 1442 38 Street, which is very close to the Synagogue. The woman was not hit, police said.

In what is believed to be a related case, on Sunday, Nov. 10, a group ran up to a 50-year-old woman who was walking on 38 Street and threw an egg at her, hitting her in the back, police said.

No arrests have been made in that incident.

If you have any information, you can contact Crime Stoppers at 800-577-8477, WWW.NYPDCRIMESTOPPERS.COM, or on Twitter at @NYPDTips.