The suspect in the fatal shooting of a 7-year-old girl in Chicago last weekend was shot by police on Thursday following a chase on the Eisenhower Expressway.

CHICAGO - The suspect in the fatal shooting of a 7-year-old girl in Chicago last weekend was shot by police on Thursday following a chase on the Eisenhower Expressway.

The incident took place around 4:15 p.m. near Mannheim Road.

The male suspect was being surveilled by police in the western suburbs before the chase began on I-290, Chicago Police Supt. David Brown said. During the chase, the suspect crashed his vehicle and attempted to carjack a family sitting in traffic.

"Officers confronted the suspect, the suspect was struck multiple times by the officer's weapon," Brown said.

The suspect was transported to an area hospital with non-life threatening injuries, police said.

Chicago police also said two firearms were recovered from the scene of the expressway shooting.

"We don’t know if the offender shot back. We can’t confirm that at this point," Brown said.

On Sunday, 7-year-old Jaslyn Adams was sitting in a McDonald's drive-thru in the North Lawndale neighborhood near Kedzie and Roosevelt with her father when gunshots rang out. She was struck and pronounced dead at the hospital. 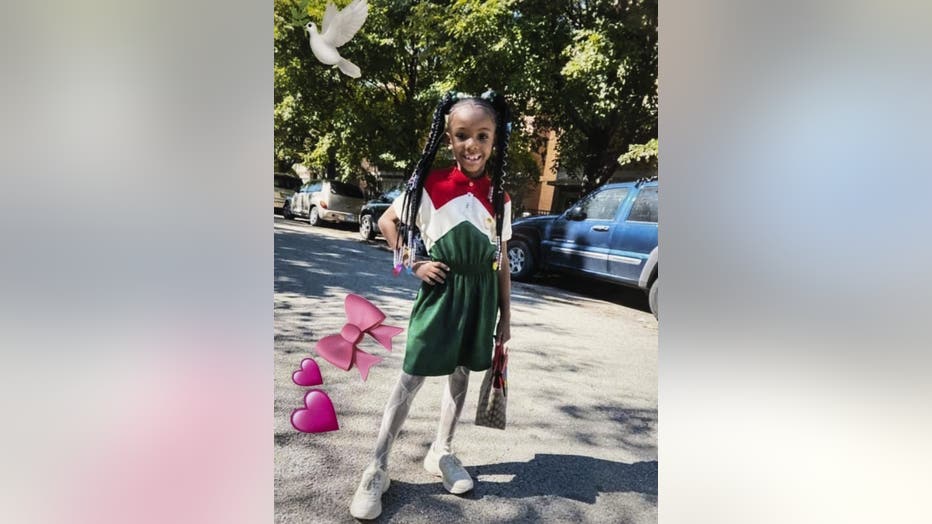 Jaslyn Adams | Provided by family to the Chicago Sun-Times

Her father was identified by family as Jontae Adams, 28. He was hospitalized with multiple gunshot wounds.

The car was riddled with bullet holes through the back window and trunk. The suspect in that shooting was the man police shot on Thursday on I-290, police said.

On Monday, a vigil was held for the 7-year-old who was remembered by family as fun and loveable. She was a student at Cameron Elementary School.