SPRING HILL, Fla. - A Pinellas County animal advocate is spending 30 days inside a kennel to raise awareness about the need for a new shelter facility.

Kris Rotonda helps shelter dogs through his nonprofit Jordan’s Way Charities, and he said when he first saw the conditions at the Humane Society of Pasco County it was shocking. 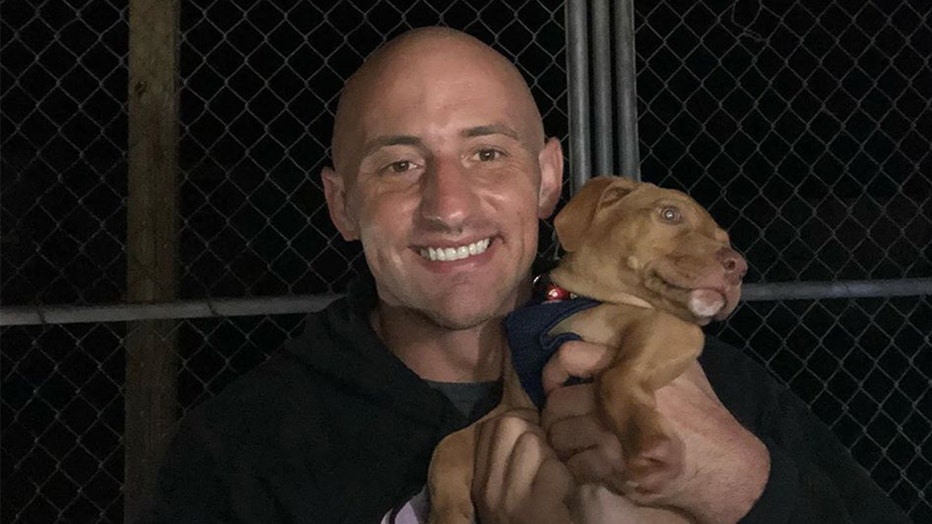 “This is one of the very few shelters I've ever visited in Florida, and I've been to about 40 of them in Florida, that are completely outside,” he said.

So on Sunday, he grabbed a blanket and pillow beginning his 30-night stay at the shelter.

“Usually because I have two children, I come here after dinner so like 6 p.m. and I usually leave at about 5 or 6 in the morning,” said Rotonda, adding that he would aim for four or five nights a week for about five to six weeks.

Rotonda said he streams the experience live on Facebook so people can see the elements the dogs deal with.

The large, outdoor kennels also have blankets, pillows, and a wooden dog house for the dogs. The cats stay inside the shelter’s small building.

Rotonda has stayed overnight there before, but this is his longest stint yet. This time, his goal is to raise awareness about the need for a new building that would have space indoors for all of the dogs and cats waiting for adoption.

“These are run by the most selfless people I have ever met,” said Rotonda.

He said the volunteers do what they can, but the animals need more.

“I see them shivering, and it's like ‘Oh my gosh, people have to see this footage.’ This isn't funny. This is real,” he said. “This isn't one of those commercials, you know, this is real life here.

The Humane Society of Pasco County said a new building will cost about $1 million. Rotonda said he will keep staying in the kennels for as long as it takes to reach that goal.

LINK: The GoFundMe that Kris has set up can be found by clicking here.