Pilot killed after plane crashes into home in Upland

Pilot killed after plane crashes into home in Upland

UPLAND, Calif. - A pilot was killed in a single-engine plane crash Thursday after it collided into a home in the Upland area, the San Bernardino County Fire Department confirmed.

The crashed sparked a massive fire at the home on Overland Ct. and Wedgewood Ave. As soon as crews arrived on scene the single-story home was fully engulfed in flames. 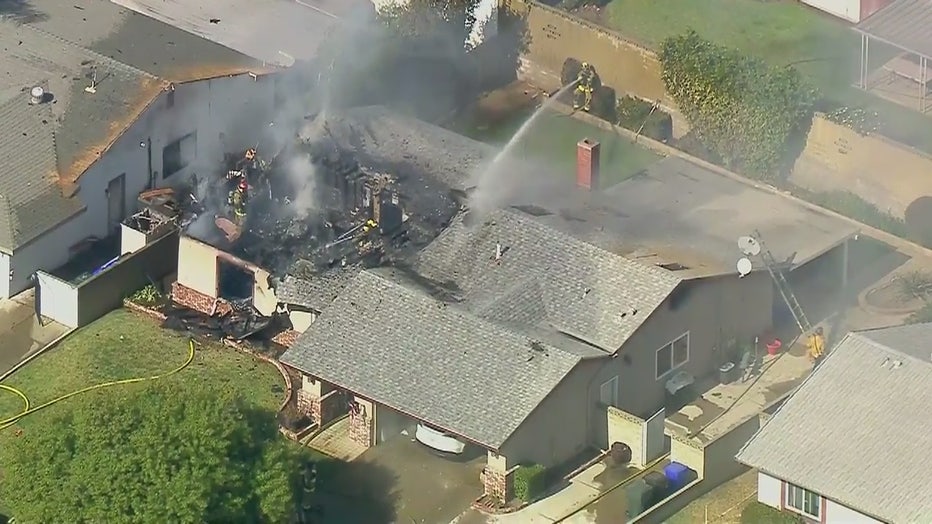 The fire department said the single-engine fixed-wing aircraft crashed into the home. The pilot, who was the sole occupant of the aircraft, was killed; their identity has not been released. Officials said the residents of the home, a couple and their baby, were able to evacuate safely. A couple in the next door home also made it out safe.

The Federal Aviation Administration said the plane took off from Torrance Municipal Airport and was en route to Cable Airport in Upland.

Images from SkyFOX show a gaping hole in the home as well as a parachute hanging over a tree near the backyard.

A hazardous materials team was requested at the scene.

The FAA and National Transportation Safety Board were called in to investigate the crash. It is still unknown what caused the crash. The NTSB is the lead investigative agency. According to the FAA, it typically takes the NTSB a year or more to determine a probable cause for an accident.