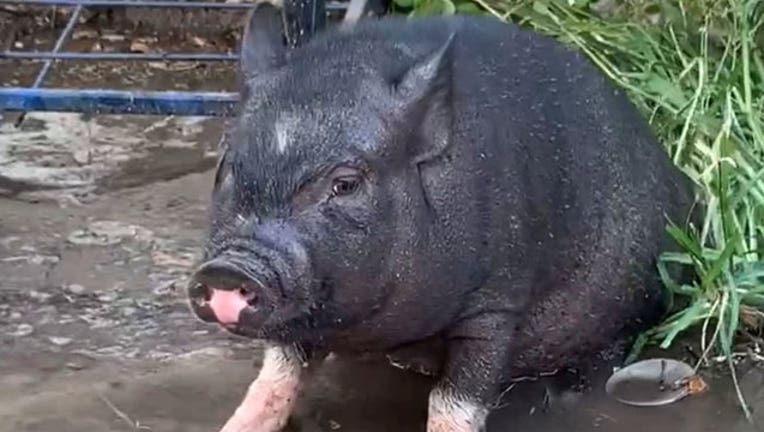 COLUMBIA, S.C. (AP) - This little piggy should have stayed home.

The State reports that for the fourth time, Leroy - a Vietnamese pot-bellied pig - wandered over to Brennan Elementary School in Columbia, South Carolina, leading officials to slap Mcgregor Wallace with citations for owning a pig within city limits and having a fugitive pet. Wallace is scheduled for a court appearance in October.

Wallace says Leroy is his emotional support animal meant to help him deal with PTSD from domestic trauma.

Wallace says he got Leroy several months ago to replace a standard pig that grew too big. He says Leroy is clever and knows how to open the home's gate when Wallace isn't home. The pig also can open the refrigerator.

The 7-month-old swine is now at Columbia's animal shelter.

Information from: The State, http://www.thestate.com