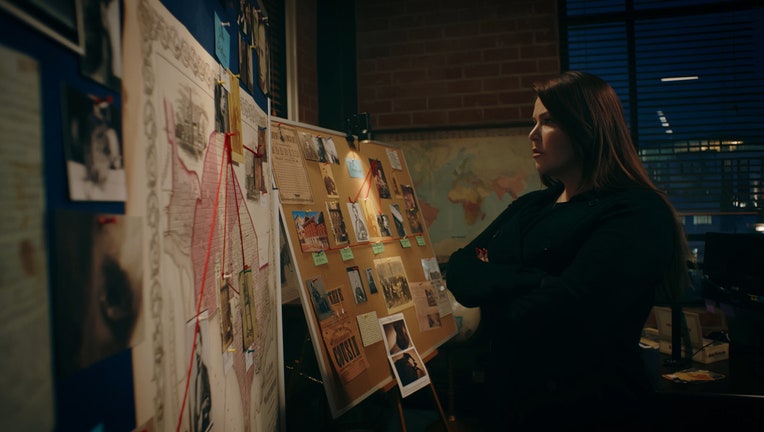 Dr. Whitny Braun in a scene from "The Lost Lincoln." (Courtesy of Unrealistic Ideas Discovery)

NEW YORK (AP) - The image is haunting, depicting a gaunt-faced man with a familiar beard, staring ahead lifelessly. The right eye is bulging and appears disfigured from an unseen wound.

Some experts believe the man is Abraham Lincoln, captured hours after the nation's beloved 16th president succumbed to an assassin's bullet on April 15, 1865, a heretofore unknown photo of incalculable emotional and historic value. Others dismiss the mere possibility.

The original ambrotype image is locked away in an Illinois safe deposit box, the subject of court fights and accusations of robbery and, on Sunday, a Discovery network documentary that attempts to unravel the mystery behind it.

"In the world of authenticating, this is like finding the Holy Grail," said Whitny Braun, a California investigator whose effort to determine if the photo is real is traced in Discovery's special, "The Lost Lincoln." The man who claims to own the image is suing to halt the show from being aired.

After looking into it for two years, Braun said she's 99% convinced the photo is genuine. She and the special's producer, Archie Gips, say it makes too much sense for it to be real than not.

Discovery, meanwhile, is putting its reputation on the line. The network is either telling the world of a historic treasure or producing the 2020 version of "The Mystery of Al Capone's Vaults," Geraldo Rivera's laughingstock 1986 special that revealed an empty safe.

"I've seen enough of these things to know that this is a whole lot of hysteria about something that is not Lincoln," said Harold Holzer, whose 1984 book, "The Lincoln Image: Abraham Lincoln and the Popular Print," traced the 130 known photographs of the former president.

Braun learned about the image two years ago when she was cold-called by Jerald Spolar, the Illinois dentist who claims ownership. She didn't believe the story. At first glance, the face looks different — thinner, smoother — than the image most Americans are familiar with.

As the story goes, the image was captured by Henry Ulke, a professional photographer who lived across the street from Washington's Ford's Theatre in the boardinghouse where Lincoln was brought after being shot. Lincoln died early the next morning, and Ulke supposedly took the picture in secret before the president's body was taken to the White House.

It was an ambrotype, a process where a photo is created by using a glass negative on a dark background. That alone has led some experts to doubt the picture's authenticity, since ambrotypes were largely out of style by the mid-1860s.

It was kept secret because Lincoln's powerful secretary of war, Henry Stanton, was strongly opposed to any images of the dead president. Only one fuzzy photo is known to exist, taken from a distance when Lincoln's body was lying in state in New York, Holzer said.

The photo was quietly given to the descendants of Nancy Hanks, Lincoln's mother, in Illinois (actor Tom Hanks is a distant cousin), and in the 1980s was in the possession of Margaret Hanks, a second cousin once removed of the former president. Before she died in 1986, she sold a collection of artifacts to Larry Davis, an auctioneer and Civil War buff from Quincy, Illinois.

Davis, who would not comment when reached by The Associated Press, alleges in court papers that his ex-wife stole the ambrotype and sold it to Spolar. The dentist disputes that he bought stolen property, said lawyer Bill Holbrow III, and has spent several years trying to prove the photo is genuine. 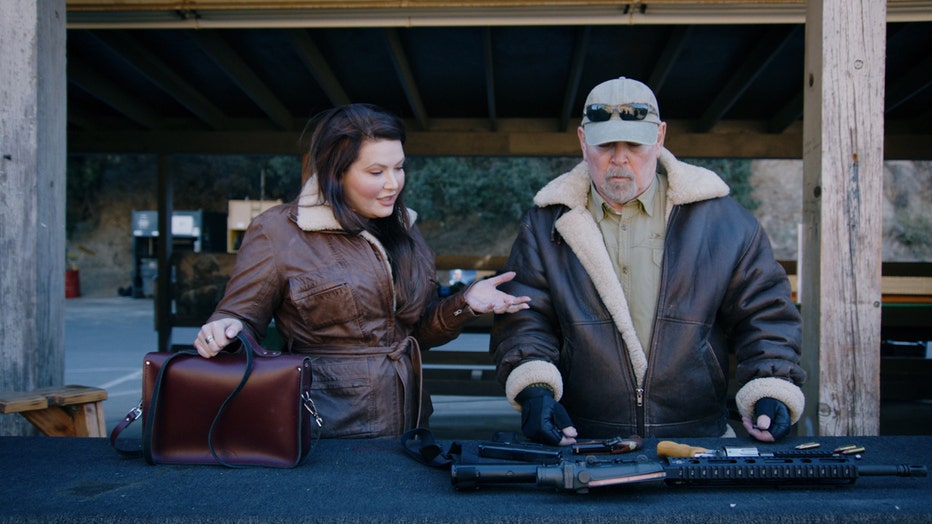 Dr. Whitny Braun with Dr. James Braun in a scene from "The Lost Lincoln." (Courtesy of Unrealistic Ideas Discovery)

Braun goes through a lengthy process herself, consulting with facial recognition experts, medical experts, a ballistics expert, Lincoln scholars and descendants of Ulke.

"My first reaction was 'how could this be,'" Braun said. "How could a plate like this go unnoticed for 150 years? My initial thought was that it was too good to be true."

The experts convinced her. The ballistics expert — Braun's father — showed how it was unlikely there would be an exit wound from the bullet fired into Lincoln's head. The facial experts said the man in the image had a slight scar under the lip consistent with one Lincoln had. Ulke's descendants explained how Henry Ulke specialized in "death photos," particularly ones with the eyes left open.

"There will be plenty of naysayers, of course, as there is with anything, especially the historians," Gips said. But the photo was taken in complete secrecy and shared with very few people, which only makes him believe it more, he said.

The human frailty caught in the image is what is haunting to Braun.

"It's a really important piece of history that's incredible," Gips said. "It's not what you'd expect. You'd expect to see blood pouring out of his eye. But you get a sense of eeriness. You don't get a shock value or disgust."

Could that be because it isn't real? The image has been seen by several people in the community of Lincoln experts and is not believed, Holzer said. 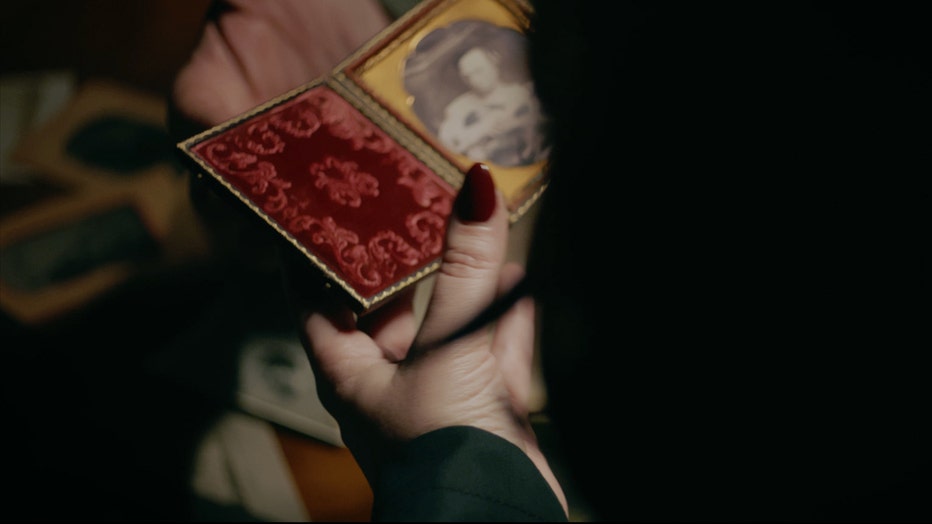 A glimpse of the photo at the center of "The Lost Lincoln," a documentary from Discovery. (Courtesy of Unrealistic Ideas Discovery)

In one of the last photographs of Lincoln taken alive, his once-full beard was wispy, almost a goatee, he said. But the man in the image has a full beard. Braun said there's evidence that the photo was retouched to add more facial hair and to color the cheeks, making them appear smoother.

Holzer also said Lincoln was stripped of his clothes to check for other wounds when he was brought to the boardinghouse, yet the man in the picture is wearing a shirt. He's also suspicious that it's an ambrotype used at a time most photographers had moved on to another process, and taken with apparently good lighting.

"Not every man with a beard photographed after 1861 was Abraham Lincoln," he said. "It's going to take a lot for me to take this seriously. It doesn't scan."

As of Thursday, it wasn't entirely sure the Discovery documentary would air. Spolar has asked a California judge to stop it, a lawsuit Discovery dismisses in court papers as "patently frivolous."

He's also sued Braun, saying she violated a non-disclosure agreement made when he showed her a copy of the image and is attempting to profit off somebody else's property. Braun declined to comment on the action.

If the photo was proven genuine, there's no telling what it would be worth on the open market. In 2011, billionaire William Koch paid $2.3 million for the only known photograph of the Wild West gunfighter Billy the Kid.

Braun said it should be in a museum.

"It belongs to the American people," she said.