PHOENIX - Phoenix Police say they arrested a man for strangling a woman to death on a city bus.

According to a statement released by police, officers were called to the area of 27th Avenue and Baseline Road at around 8 a.m. on May 6 about a person on a bus who was not breathing. When officers arrived, they found the victim, identified as 41-year-old Diane Craig, with signs of strangulation.

"Ms. Craig was taken to a local hospital where she died from her injuries," read a portion of the statement.

Detectives, according to police, were later able to gather enough evidence to name 26-year-old Joshua Bagley as the suspect.

On May 10, Phoenix Police Sgt. Vincent Cole announced Bagley has been arrested.

"After several days and tireless efforts that were a collaborative partnership between several units in the police department and the community, the suspect in this case, Bagley, was taken into custody this afternoon in the area of 27th Avenue and Indian School Road. Police were called to the area about a suspicious person that matched Bagley’s description.  Mr. Bagley is currently in police custody as the booking and interview process is completed. More information will be provided as it becomes available. The Phoenix Police Department wishes to thank the community for their support and assistance in apprehending the suspect in this case," Cole said.

The family of Diane Craig has a GoFundMe set up and it can be found here.

According to court documents, Bagley and Craig boarded the bus together near 22nd Avenue and Buckeye Road. They were the only two people on the bus and sat near one another in the back of the bus.

At one point, the bus driver heard a noise coming from the back of the bus, but he didn't think anything of it. The bus driver stopped at a bus stop near 19th and Southern Avenues and noticed Bagley had moved to the front.

The bus driver then found Craig unresponsive on the floor in the back of the bus.

"The Phoenix Fire Department arrived at the scene and found the victim with the straps to a bag twisted around her neck," read a portion of the court documents.

Craig was taken to a hospital and pronounced dead. Doctors said she died from internal decapitation.

Police obtained surveillance video from the bus and saw a man strangling Craig with straps from a bag and pushing her to the floor. After the alleged attack, the man stole personal items from Craig before getting off the bus.

Investigators say they identified Bagley as the man who murdered Craig. He had been arrested on May 1 before being released two days later.

Bagley was then taken into custody again on May 10. In his possession was a backpack with straps.

During an interview with investigators, Bagley said he wrestled in high school and used the light rail and buses to get around.

When investigators showed Bagley photos of the suspect from the bus surveillance video, he said "that looks like me."

"When Bagley was taken into custody, his appearance had been altered, he had shaved his facial hair and shaved his head," court documents read. "He was also wearing different clothing.

Bagley also told investigators he had been in over 100 fights when he was previously in jail and "would fight people in order to enforce the rules among the inmate populace."

Bagley was arrested and booked into jail. He is accused of first-degree murder. Bagley also had an outstanding warrant out of Mohave County. He is being held on a $2,000,000 bond.

Loved ones wonder how Bagley slipped through the legal system

Bagley already has a long rap sheet that includes accusations of drug use. According to court paperwork, he probably should have been behind bars instead of riding a bus.

He didn’t say much to the judge during his first court appearance on May 11, but the court paperwork revealed disturbing new details.

"We want to know how could this happen, how did it happen? More importantly, how does it never happen again?" said the victim's brother, Delbert Cole.

"She lit everything up. You always knew Diana was in the room. And we’re going to miss that," said Roshonda Boss, her cousin.

Bagley was already wanted in Mojave County for allegedly stealing a car. He had other recent warrants in Lake Havasu and Goodyear, but the county Maricopa County Attorney's Office wanted more evidence before moving forward.

Somehow Bagley slipped through the legal cracks and onto a city bus.

"We can’t help the wonder how things might’ve been different if the policies were followed and there were no mistakes made, this individual wouldn’t have been on the streets. He would’ve been locked up, and my sister would still be here," Cole said. 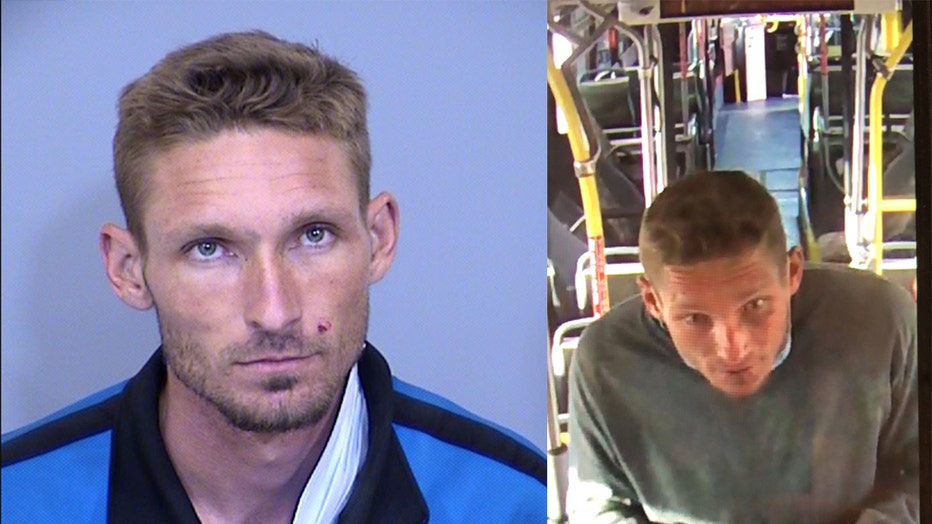 On May 14,  family and friends held a car wash fundraising event for a woman who was strangled to death while riding a city bus. They're hoping to raise awareness and bring justice to the senseless act.

Cole, her brother, said "she was always smiling she was a bubbly person, you know. Life of the party type of person."

Of course, loved ones say she didn't deserve this.

"I was in shock, really. She did not deserve this. She didn’t," Thomas said.

Cole says he worries about the safety of his loved ones moving forward.

"It’s troubling, to say the least. We all allow our children, our wives, our daughters, to hop on the bus with the expectation of, oh OK, at least I know things on the bus are safe. That’s not true. You can get on the bus, but there’s no guarantee that you will get off that bus and that’s alarming."