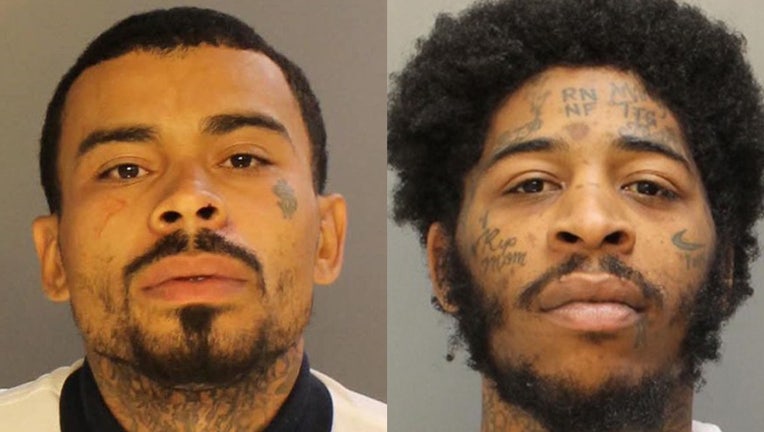 Francisco Ortiz (L) was accused of opening fire on Nafes Monroe (R) who allegedly used his own son as a human shied back in the fall of 2019.  (Philadelphia Police Department)

PHILADELPHIA - A young Philadelphia boy who survived a shooting back in fall of 2019 has died, according to police

Yaseem Jenkins, 3, died on Tuesday, more than two years after authorities say he was injured by a gunman who had been targeting his father.

Police say the suspect, Francisco Ortiz, had targeted Yaseem’s father who had allegedly used counterfeit money to purchase drugs prior to the shooting.

Yaseem’s father, Nafes Monroe, was also charged in connection with the incident after he was accused of using his young son as a ‘human shield’ during the shooting. Investigators believe Monroe brought his son to avoid being shot at by a potentially upset drug dealer.

The shooting that injured Yaseem came just one day before Nikolette Rivera, 2, was shot and killed in Kensington. Investigators say Ortiz also supplied the gun used in the shooting that killed Rivera.

Authorities say an autopsy will be conducted following Yaseem’s death in order to determine if his death was related to the injuries he sustained back in 2019.