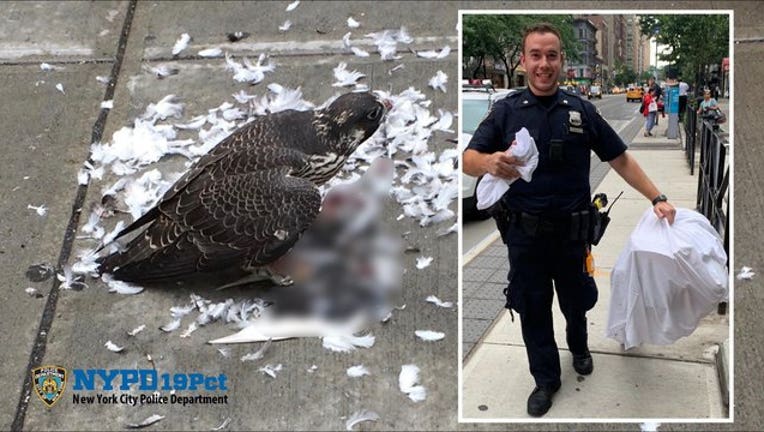 NEW YORK (FOX 5 NY) - A Peregrine falcon caused a bit of a commotion on Wednesday when it decided to have its lunch on the street, like many New Yorkers.

The avian predator enjoyed a live meal on East 86th Street & 3rd Avenue, according to a tweet by the NYPD's 19th Precinct. When it finished, it was safely relocated and released by police with no injuries.

According to the New York Department of Environmental Conservation, Peregrine falcons are listed as an endangered species in New York, however New York City may have the largest urban population of the birds anywhere.