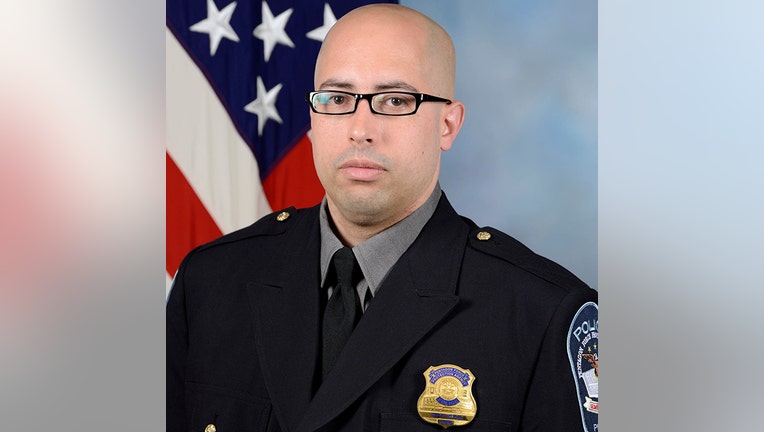 NEW YORK - The Pentagon police officer who died in the line of duty on Tuesday was originally from New York City, officials announced.

Police Officer George Gonzalez, 37, grew up in Brooklyn, went to Canarsie High School, and was a die-hard Yankees fan, according to the Pentagon Force Protection Agency.

Gonzalez was a U.S. Army veteran who had served in Iraq, where he earned an Army Commendation Medal, Pentagon officials said. Before joining the Pentagon FPA in 2018, he served in the U.S. Transportation Security Administration and Federal Bureau of Prisons.

"Officer Gonzalez embodied our values of integrity and service to others. As we mourn the loss of Officer Gonzalez, our commitment to serve and protect is stronger," the Pentagon Force Protection Agency said in a statement. "Officer Gonzalez's family is in our thoughts and prayers."

Gonzalez was on duty at the Pentagon Transit Center in Arlington, Virginia when a man got off a bus and ambushed him with a knife, the FBI said. While they struggled, the assailant grabbed the officer's firearm and shot himself, the FBI said. Other "officers engaged the subject, who ultimately died at the scene," the FBI said.

Gonzalez, who was wounded in the neck, was rushed to a hospital, where he died.

In a statement released through the Pentagon police, Gonzalez's family said they were "heartbroken over the death of our son and brother, but we are so very very proud of the life he lived."

"George devoted his life to serving his country; first in the military, and then, as a law enforcement officer, he continued to serve by protecting service members and citizens of this country," his family said. "He had an infectious personality and was fiercely loved by his family and friends. He loved his country, his family, and the Yankees."