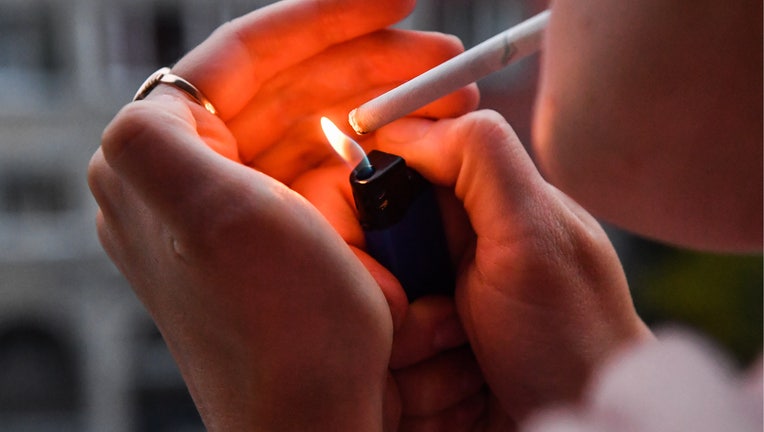 NOVOSIBIRSK, RUSSIA SEPTEMBER 29, 2019: Pictured in this photo illustration is a girl lighting a cigarette on a balcony. Kirill Kukhmar/TASS (Photo by Kirill KukhmarTASS via Getty Images)

HARRISBURG, Pa. - Pennsylvania is moving to join 18 other states and ban the purchase of cigarettes and other tobacco products by people under 21, although it’s maintaining an exception for military veterans or service members who are at least 18.

Under it, the legal age to buy tobacco products will rise from 18 to 21 in Pennsylvania, unless a person meets the military service exception. The higher age takes effect next July 1.

The American Lung Association says 50% of the United States’ population already lives in a state or community that has passed a law raising the age to buy tobacco products to 21.