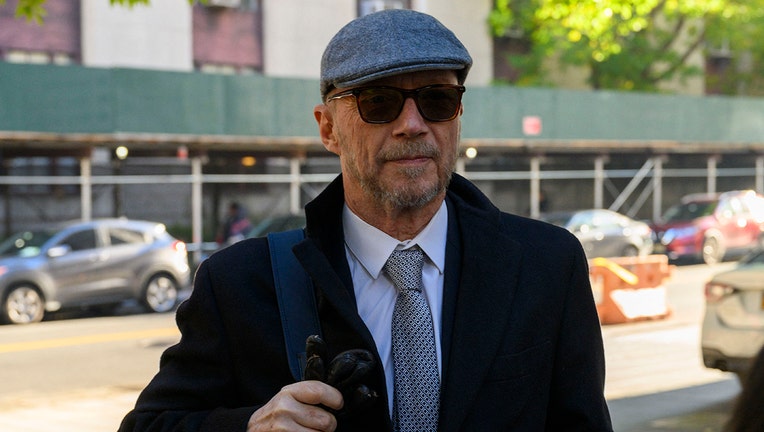 Film director Paul Haggis arrives at New York Supreme Court for his trial, as he faces a civil lawsuit after being accused of rape, on October 19, 2022 in New York City. (Photo by ANGELA WEISS / AFP)

NEW YORK (AP) - A jury ordered Academy Award-winning filmmaker Paul Haggis Thursday to pay at least $7.5 million to a woman who accused him of rape in one of several #MeToo-era cases that have put Hollywood notables' behavior on trial this fall. The jury also decided that additional punitive damages should be awarded, but the amount is to be decided later.

Veering from sex to red-carpet socializing to Scientology, the civil court trial pitted Haggis, known for writing best picture Oscar winners "Million Dollar Baby" and "Crash," against Haleigh Breest, a publicist who met him while working at movie premieres in the early 2010s. After a screening afterparty in January 2013, he offered her a lift home and invited her to his New York City apartment for a drink.

Breest, 36, said Haggis then subjected her to unwanted advances and ultimately compelled her to perform oral sex and raped her despite her entreaties to stop. Haggis, 69, said the publicist was flirtatious and, while sometimes seeming "conflicted," initiated kisses and oral sex in an entirely consensual interaction. He said he couldn't recall whether they had intercourse.

Jurors sided with Breest, who said she suffered psychological and professional consequences from her encounter with Haggis. She sued in late 2017.

"I thought I was getting a ride home. I agreed to have a drink. What happened never should have happened. And it had nothing to do with me, and everything to do with him and his actions," she told jurors.